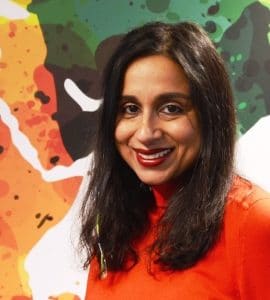 The traditional law firm partnership structure is still dominant in the profession but the arrival of alternative business structures (ABS) has disrupted the status quo and may eventually become the norm in high-volume legal services, according to research.

In Changing regulation and the future of the professional partnership: the case of the Legal Services Act 2007 in England and Wales, by University of Leeds academics Sundeep Aulakh and Ian Kirkpatrick, the authors argued that regulatory reform that extended ownership rights to non-lawyers was the key change that challenged the partnership model.

Of the 412 ABSs they looked at, the academics found they were either “conversions by incumbent law firms [or] new entrants comprising non-lawyers establishing new legal practices or acquiring existing ones”.

They observed: “[ABSs] are more likely to provide services in high-volume, commoditised markets, particularly personal injury and markets servicing the needs of businesses… [and] tend to be larger compared to the total solicitor firm population if partner numbers are taken as a proxy.”

They also found a greater likelihood that ABSs would be incorporated than traditional firms: nearly two-thirds compared with only a little above one-third.

Overall the researchers found a continuum ranging from traditional law firm ABSs to the group – almost a quarter of the total number, most of them new entrants – of ABSs which included those in which non-lawyer ownership exceeded lawyer ownership. The first of these ABSs was Genus (formerly Brilliant Law).

Just nine ABSs altogether had accessed external investment. Most often this was investment from a parent firm. About these firms, the authors observed: “A common feature that all nine share is their ambition to accelerate the expansion of their respective firms. Not content with mere firm survival or modest growth, their outlook is aggressive, proactive rather than defensive.”

They concluded: “What this deeper analysis shows is that, while the partnership model continues to be resilient, a vocal minority of ABS firms have engaged in more radical change.”

While most ABSs were introduced by firms essentially as “a pragmatic response, perceived as necessary to keep their business afloat”, for a small number “the exploitation of new opportunities is the primary driver of change”.

Although many traditional firms were adapting to market changes in ways such as employing professional managers and becoming “more corporatised”, partner control was maintained to the detriment of innovation, said the authors. Meanwhile, in ABSs with non-lawyer owners, “the opportunities to substitute new practices for existing ones are much greater”.

While in future partnerships might continue to dominate in “areas of service that require less information technology and greater personal skill”, ABS represented “for the first time a radical alternative way of doing business [that] has been tried and tested in legal services and may eventually come to dominate in high-volume, commoditised areas”.