ABSs in US move closer in wake of Covid-19 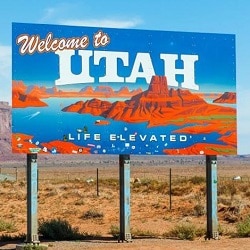 The Utah Supreme Court is pressing ahead with plans to become the first US state to introduce alternative business structures (ABSs), saying the Covid-19 crisis has underscored the need for “new, affordable and high-quality” innovation in the legal market.

It has created a pilot regulatory sandbox to provide “a safe space for experimentation while being monitored for safety and effectiveness”.

New providers will have to apply to enter the sandbox before being allowed to practice. “If they are admitted, they will be able to offer services under careful oversight until they are able to show no increase in consumer harm,” the court explained.

But in light of the pandemic, the court has invited proposals for low-cost or no-cost Covid-19 related legal service offerings to the sandbox, offering expedited review and, potentially, approval.

The proposals are currently out for a final consultation, the culmination of the work of a group on regulatory reform which was heavily influenced by the experience of ABSs in England and Wales.

An FAQ on the sandbox website said it would allow for “innovative services from a range of entities — including multi-professional firms and retail businesses or online tools with lawyer staff”.

One potential example was EstateGuru, a company founded by Utah native Jon Chichoni, which offers a tech platform to facilitate and scale individual lawyers’ ability to offer estate planning services to consumers.

Seeking to head off opposition in the profession, it added: “In jurisdictions that have permitted outside ownership or investment in legal practices, such as the UK and Australia, no evidence has emerged of consumer harm caused by compromised independence.”

Utah Supreme Court justice Deno Himonas, who heads the Utah implementation task force on regulatory reform, said: “Americans need and deserve access to affordable legal services. For decades, we in the legal profession have tried to volunteer ourselves across the access-to-justice gap. Under that approach, we’ve witnessed the gap grow into a crisis.

“And now Covid-19 and its aftermath threaten so many of us with severe legal consequences. The Utah Supreme Court’s regulatory reform efforts offer a way to harness innovation and market forces to improve the delivery of much-needed legal services to all.”

Meanwhile, the State Bar of California is forming a working group to explore the development of its own sandbox as a means for evaluating possible changes to existing rules, such as the ban on ABSs.

It follows a recommendation earlier this year from a task force on access through innovation of legal services.

A similar task force in the state of Arizona has petitioned its supreme court to allow ABSs, while the Florida Bar has created a special committee to improve the delivery of legal services to investigate ABSs and related reforms. It has until 1 July 2021 to report.

The DC Bar, in Washington DC, consulted earlier this year on allowing ABSs.

The federal system means that the legal profession in each state in regulated by its supreme court.