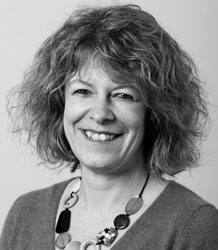 A University of Exeter project is teaching first year law undergraduates about alternative business structures (ABSs), in what the academic tutor says is meeting outcomes recommended by the Legal Education and Training Review (LETR).

The law school’s virtual law firm project, which gives students a virtual caseload and access to mentors from local law firms, was piloted last year and is being formally introduced into the curriculum for the first time this year.

The firm of Chess & Jerald was last week named ‘virtual law firm of the year’ after being mentored by Michelmores. It comprised eight students who were assessed alongside several other firms not only for their legal knowledge and ability but also for their commitment, dedication, clear communication, ethical working and timeliness.

Jade Porter, a solicitor at Michelmores and one of the competition judges, said: “The success of the project is that it engages with students to think about being a lawyer and not just about learning the law.”

Course tutor and associate professor Sue Prince said: “The aim is to encourage students to see the wider remit of law beyond solicitors and barristers. Each virtual law firm has a professional lawyer mentor to support it, acting as a non-executive director.”

She said encouraging students to think about ABSs and “more professional approaches to their work” was important. “I think the idea of ABSs isn’t something that undergraduate law schools are engaged with, or are engaging their students with, as to how that might mean the students have to change their approach.”

Students entering the undergraduate study of law in 2013/14 may not enter employment as lawyers until 2018 or 2019, she pointed out. “What sort of a world are the students that are in our virtual law firms going to face in five years’ time? It is going to be so different from the world that we’re experiencing now and we are trying to prepare them for that world.”

The project could help students achieve the sort of day one outcomes – competencies they possess on their first day in the workplace – envisaged by the LETR, she said, without fundamentally changing the way law was taught in universities. “It is possible to present courses where you are not ‘dumbing down’ the academic study, but you can put a kind of veneer of ethics, professionalism on top of it in the way you structure your education – which might mean that you are able to do lots of things that LETR want you to do without actually going for wholesale change in education.”

Students were also encouraged to do pro bono work “and other work that might enhance their broader skillset”, she said, which was important to lift the morale of students who were assailed by grim news about future employment prospects in the profession. “Hopefully that isn’t the case for these students, if we are enlightened enough to be able to think about what opportunities they might have. We are seeing the LETR as an opportunity and not a threat.”

Persuading students to think about ABSs and alternative careers in the law at an early stage would give them a head start, said Dr Prince. “So it might be that they think not just about becoming solicitors or barristers. They might think ‘actually, I’ve got different sorts of skills and I think I would like to look more at the business side of law and what that might mean – and I’ve got the time while I’m an undergraduate to explore that’.”

A spin-off project will focus on a training programme for the virtual law firms’ mentors, she said. Many were trainees at local law firms and were able to talk to students about skills such as managing time effectively and how to work within teams.

“What we are being told is that later down the line they will be expected to mentor trainees themselves. But there is no training really given to trainees on things like ethics, how to be a mentor, how to think about themselves, and about those business-type skills.”