ABSs and City law firms could be a volatile mix to the detriment of all, consultant warns 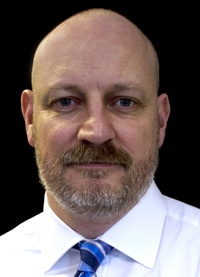 The advent of huge amounts of “unthinking external capital into the fragile ecosystem of the legal profession” could create many unforeseen and irreversible effects among City law firms, a well-known consultant has warned.

Mark Brandon, who runs Motive Legal, said that instead of worrying about external influences via alternative business structures, and “reaching greedily for the phantom prospects of juicy exit plans”, law firm partners need “to stick to their knitting”.

He explained: “They are the experts in the delivery of legal services, and need to be thinking constantly about how to improve the shape of their service and to deepen the client connection so that clients will not be tempted by a whizzy-looking new ABS company which may not end up being any better, and may in all likelihood be worse.

“Of course by the time everyone realises that, it may just be too late to do anything about it.”

Mr Brandon argued that while there could be changes to methodology – such as IT-driven processes and the ‘decomposition’ of tasks via legal process outsourcing – “the idea that simply by dint of being outside the ‘archaic’ legal profession companies are necessarily better placed to deliver legal services is difficult to evidence.

“We have all had to deal with appalling service from all manner of supposedly sophisticated service providers in the non-legal world, from telecoms to energy to banking. Consumers know that legal services are among the most delicate and important purchases they will ever make.

“They will have to be very sure that the faceless monolith of a financial services company or service conglomerate purporting to offer a better service than a traditional law firm is going to be able to meet that challenge. It is a tall order, and easy to get wrong. Most sensible companies will, I think, decide it is more trouble than it’s worth.”

The one “massive advantage” an outsider has is access to capital, he acknowledged, and it is easy to see how this could be used in consumer legal services to gain market share either by lower costs or greater efficiency or both.

However, it is not so clear for commercial firms. “Law firms distribute most of their profit for one simple reason: the partners want it out, for income. And with that in mind it seems highly unlikely that a partner earning quite a decent amount would take a massive pay cut to build up investment capital,” he said, questioning what they would use the money for.

Mr Brandon’s own pioneering research shows that using it for recruitment does not work – “roughly 50% of lateral hires leave after four years, leaving aside all the people law firms take on who perform disappointingly”.

The other use of capital would be to buy other firms. “Well, that’s already happening, and the great risk in the law is that everyone just leaves and takes their clients with them if they don’t like the shiny new environment. Effectively overpaying for a firm which essentially disintegrates rapidly on acquisition raises serious questions.

“Various studies show that in terms of increasing shareholder value, most corporate M&A can be shown as a ‘failure’, but at least in most businesses you are left with some kind of product, plant or database. Why anyone thinks the level of acquisition failure should be different in the law is a mystery I have yet to solve.”

Mr Brandon said the mathematics of law firm economics are fairly simple: “It is practically impossible to conceive of a way that more profit can be squeezed out of the system in ways that are not already being acted upon.”

Nonetheless, he said law firms will need to worry about ABS “if the market as a whole becomes convinced that – or is unable to prevent a situation in which – fragmentation, volatility and ‘decomposition’ (to use Professor Richard Susskind’s wonderful term) become the norm.

“The commercial market is littered with examples of industries which have been taken apart by the advent of new technology, methodology or capital-raising mechanisms, to the ultimate detriment of all in the final outcome.”