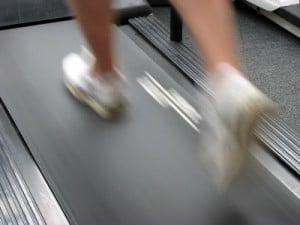 Alternative business structures (ABSs) account for a third of all turnover in the personal injury market, the first accurate overview of the progress of ABSs has revealed.

The research, by the Solicitors Regulation Authority, also suggested that ABSs are bringing new resource to areas where there are barriers to access to justice for lower-income groups.

The dominance of personal injury in the first wave of ABS license awards is reflected in the fact that the North West has more ABSs, compared to the number of law firms, than anywhere else in England and Wales.

ABSs are not necessarily large in terms of the number of partners, with 85% having only one to nine, which is only marginally higher than the general cohort of law firms.

However, when it comes to fee-earners, ABSs employ far more than traditional practices; while only 22% of law firms have 10 or more fee-earners, the figure is 48% for ABSs.

In terms of the work they do, in addition to personal injury, ABSs have captured 20% of consumer claims by turnover. They also account for a surprisingly high proportion of mental health work, around 22%, and more than 10% of social welfare.

“Although more evidence is needed to prove this hypothesis, the work areas that ABSs appear to be most active in may point to increased interaction between ABSs and lower income client groups,” researchers said.

“This could suggest possible increased competition in areas of law where there may be barriers to access to justice for lower income client groups.”

Researchers also looked at the type of firms applying for ABS status, out of the 239 that had successfully obtained a license by February 2014.

Around 40% were described as existing firms, making a “significant change”, with 16% already employing non-lawyers as LDPs.

Just under a third were described by the SRA as “new entities” and a further 11% also “new” but linked in some way to an existing firm.

The most popular uses cited for new investment were technology and marketing, both with 62%, but a similar proportion said the money would be spent on “delivering legal services in a new way”.

Some 31% said developing non-legal services was a priority use, with 15% wanting to use new investment for acquisitions.

The average cost of an ABS license was £3,300, the research showed. The fee varies, depending on size of firm, but all applicants pay a basic fee of £2,000 plus £150 for each individual, such as a COLP or COFA, requiring approval.