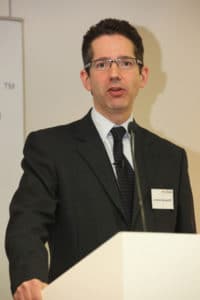 The legal market is “totally fragmented, under-capitalised, technologically semi-illiterate and structurally redundant”, a former justice minister has claimed, arguing that a smaller number of big firms is the answer to the problems with criminal legal aid.

Conservative MP Jonathan Djanogly, a former City solicitor said criminal practice was characterised by “large numbers of barely profitable firms that are all too often unable to properly serve clients through lack of manpower, inability to invest in training of staff and trainees, and a lamentable lack of technology”.

Speaking during the recent parliamentary debate on criminal legal aid, he continued: “I recall trying to persuade criminal defence solicitors to take prosecution evidence online rather than in paper bundles, but the resistance was ferocious.

“Why? Because large numbers of solicitors were running their small practices from their homes and could not afford to invest in the required technology.

“That type of inefficiency also goes to the Bar, with advocates often getting court papers late, which may have worked for the single lever arch file deposited in times gone by, but with not the online data dump that can now be sent.”

Mr Djanogly argued that the answer to this situation, “without any doubt”, was consolidation of “this fractured nineteenth-century legal services marketplace”.

He said a larger-scale system of contracting for legal aid work would speed the process of reducing the number of small firms.

“That would involve fewer but larger practices operating over a larger area, resulting in fewer firms receiving a larger slice of the remaining pie on a single-fee basis.

“In turn, it would create firms that have the money to invest in training and technology, and with the size and depth required properly to cover the contract areas.

“Yes, we have more data than ever before, but charging to read it on a per page basis is simply outdated. Most of the extra data is useless guff from, say, social media.

“The answer is to have firms of lawyers that are able to invest in the technology now available to sort the wheat from the chaff. That will only come from market consolidation, and a vital aspect of that will be to treat barristers and solicitor equally.

“If teams of barristers wish to compete for legal aid contracts, they should be free to do so, in the same way as sole-practitioner solicitors band together with other solicitors, or indeed with barristers, to bid for contracts.”

“Solicitors and barristers could work together, and the alternative business structures could raise capital and employ non-legal executive managers to run an effective business. We would then start to see a sustainable market taking shape.

“We need to face up to the need to change the rules of the game and of the marketplace. The tools and answers are certainly out there if we are prepared to take the required steps.”