ABSs and the Jackson report

With alternative business structures now 18 months away, Neil Rose looks at how the recommendations of the Jackson report could be overtaken in the new legal services environment 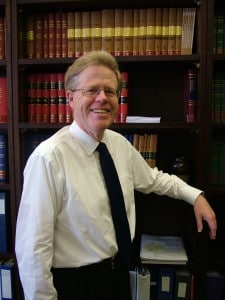 Jackson: report makes little mention of the impact of the Legal Services Act

“The Jackson report will have to be implemented quite quickly. The market is going to be opening up and funders coming into the market with some snazzy ideas we haven’t even thought of,” says Alan Bannister, a partner at Vizards Wyeth. “The courts won’t be able to control it the further we get away from Jackson and into alternative business structures (ABSs).”

The interaction between the Jackson report and the Legal Services Act 2007 did not feature prominently in the judge’s thinking, but Mr Bannister is by no means alone in believing that there is good reason to expect some of his recommendations to be overtaken when ABSs come into being in the autumn of 2011.

The Act is mentioned in the report just twice: Lord Justice Jackson recommends that a suitable body of tax experts become an ‘approved regulator’ under the Act – so that, in the wake of the Agassi tax ruling in 2005, their costs can be recovered – and he sees no reason why the advent of ABSs weakens his argument that referral fees should be banned. “Both before and after 2011 the effect of referral fees can only be to drive up legal costs (since the referee must recoup its outlay) and/or to depress quality of service. In my view essentially the same arguments will make it appropriate to ban, alternatively cap, referral fees after 2011 as apply now.”

Unsurprisingly, the claims management industry is none too thrilled at the prospect of a referral fee ban. But Jackson LJ seems not to have considered the possibility that claims management companies (CMCs) might themselves become ABSs, meaning that, in the long run, any ban would make little difference if the CMCs are essentially doing the cases themselves.

At February’s Claims Standards Council conference, delegates were asked whether, irrespective of any referral fee ban, CMCs would either buy, merge with, or be bought by a law firm. To a man and woman, the 200-strong audience of mainly claims managers and some claimant solicitors predicted that they would.

Given that much fast-track work is process-driven, says council chairman Darren Werth, a director of one of the largest CMCs, Accident Advice Helpline, there is no reason why he could not create a legal arm that handles this process “at least as efficiently or more efficiently than a law firm”.

Asked if he is interested in doing so, Mr Werth’s reply is “absolutely”, but he stresses that he has not lined up a particular law firm to buy. In any case, he suggests that it might be easier for CMCs to recruit lawyers to work in-house than buy a law firm and try to change its culture.

The economics work for a CMC like Accident Advice Helpline, Mr Werth explains. Given the detailed work it does on the case before presenting it to a panel solicitor, the extra layer of cost of doing the legal side is “not prohibitive”. However, for those small CMCs which do little more than sell on names and phone numbers of potential claimants, “the transition will be difficult”.

On the other side of the coin, Mr Werth adds that “irrespective of ABSs, there will be law firms looking to secure their flow of work” by buying CMCs and bringing the marketing expertise in-house.

Fraser Whitehead, chairman of the Law Society’s dispute resolution section, broadly agrees with this analysis, recounting Professor Stephen Mayson’s description of the PI market as a “profitable cottage industry hopelessly inefficient and ripe for exploitation”, although he reckons that the uncertainty caused by the Jackson report could cool some of the interest in ABSs. He notes that the Institute of Legal Executives has applied for its Fellows to have the right to conduct litigation and says: “If I were a CMC and wanted to bring claims handling in-house, would I buy a law firm or set up my own firm staffed by legal executives?”

Iain Miller, head of the London commercial litigation team at Bevan Brittan, sees “inefficiency” in the current system of referral fees. “Doesn’t it make sense to have a single organisation that does its own marketing and its own litigation?” he asks. “It seems almost inevitable.” This description may sound suspiciously like a law firm, but the reality is that the legal profession has largely ceded marketing to the claims industry. An alternative, Mr Miller adds, is the model some large PI firms already adopt of offering “white labelled” legal services to large insurers.

Leading PI lawyer Kerry Underwood, senior partner of Hertfordshire firm Underwoods, says the ABS movement is likely to be CMC-led, preferring the model of employing a handful of lawyers supported by paralegals. “Most road traffic work will be done by CMCs,” he predicts, suggesting that while this has been “plan A” for some CMCs, few law firms are even thinking about it.

It is likely to gather pace with the new claims process for low-value road traffic cases, Mr Underwood says, because by taking down the details it needs to process a case, the CMC will then have the information required for the new claim notification form.

As well as CMCs, there is the distinct possibility that before-the-event legal expenses insurers – which again largely rely on referral fees to make the model work – will do the legal work. Top legal expenses insurer DAS has already made plain its intention to buy a law firm once allowed, although it says this would not mean the end of its panel.

From one end of the litigation world to the other, the blessing that Jackson LJ gives to the third-party funding of cases could encourage funders to look at investing in or even buying law firms once they are allowed to.

John Rossos, principal at Toronto-based litigation financier BridgePoint Capital, is watching developments in England and Wales very closely. He says: “Removing financing restrictions will improve a law firm’s capacity to invest in claims, hire the best people, and invest in leading-edge systems. Law firms will also have the opportunity to expand the risk profile of their practices and take on new types of claims that they otherwise would be unable or unwilling to manage. By liberalising the rules governing the financing of legal services and, indirectly, claims, the Legal Services Act will improve access to justice and significantly increase demand for litigation financing services.”

Mr Rossos says it is also likely that the lines between practising law and financing legal actions will blur as law firms become litigation managers offering both capital and expertise to other firms: “This is already happening. In North America, law firms have been actively syndicating financial risk and sharing expertise through co-counsel arrangements for class and mass tort actions.”

David Greene, a partner at London firm Edwin Coe and former president of the London Solicitors Litigation Association, says the prospect of funders taking over law firms seems distant on the current model, where most rely on solicitors introducing cases to them, rather than going out and sourcing work directly. “There is certainly the beginnings of that, particularly in class actions,” he says, “but it’s too early for any third-party funder to have that model. There’s not enough business – in this jurisdiction at least – for a funder to survive on the work it generates alone.”

Alan Bannister reckons some litigators would find being owned by a funder quite liberating. “There are certainly enough people in the market who would like the financial burden removed from them and to be left to do the day job,” he says. However, for Iain Miller, something “just doesn’t feel right” about such an arrangement. It is the solicitor’s lack of independence that concerns him, but “it may be that you don’t need it… One of the challenges of ABSs is that they bring in whole new areas of conflict”.

An area of particular interest is group or class actions. Only one third-party funder is currently backing class actions – Claims Funding International, which is supporting a case on the back of the global air freight cartel. But such a case illustrates the problem of buying up a law firm based in England, says David Greene. “You’ll be looking for the best jurisdiction to start proceedings, and it’s not necessarily here.”

But if the Jackson recommendations, combined with the Civil Justice Council’s work, combine to make group and class actions more realistic than they are presently, could external investment bridge the funding gap that currently proves fatal to many potential claims? When Australian PI firm Slater & Gordon floated on the stock exchange in 2007, one of the reasons it gave was to build up a war-chest to properly investigate and prosecute class actions.

Mr Greene, an experienced commercial group action campaigner, is sceptical. Such cases are risky and “very time and cost consuming” – having run the Railtrack shareholders action, which involved 50,000 claimants, he has first-hand experience of just how resource-intensive these cases can be. The firm had to invest a lot of work-in-progress and hard cash to fund disbursements to make it work. “I don’t think [external funders] would take the risk,” he says.

ABSs are the big picture that loom behind the Jackson report. Looking beyond these areas where there is a direct link between the two, the post-ABS landscape could well be of more efficient and cheaper legal providers anyway, thereby doing the judge’s work for him to some extent. The difference between the two is that ABSs have a definite implementation date.