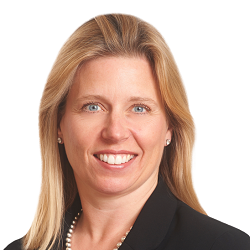 Absolute privilege applies to communications within pre-action protocols and protects them from defamation claims, a High Court master has ruled.

In the first ruling on the issue, Deputy Master Toogood QC said it was necessary to extend absolute privilege to part 35 questions asked under the RTA protocol to enable a “free and frank exchange of information”.

Her judgment was handed down after the failure of a legal challenge to stop it happening on the grounds that the case had already been settled.

Mr Justice Chamberlain ruled in April that it was in the public interest for the judgment, drafted before settlement of the claims but not handed down, to be published.

Deputy Master Toogood said that solicitors for Dr Fatima Jabbar confirmed last month that no application had been made to appeal Chamberlain J’s ruling and so handing down could go ahead.

She said the parties agreed that the categories of absolute privilege were not closed, but the privilege should only be extended where it was “strictly necessary” to do so.

“I consider that it is strictly necessary to extend absolute privilege to part 35 questions asked in respect to a claim which has been pursued under the RTA protocol as I do not consider that a sensible distinction can be drawn between claims proceeding under that protocol and claims in respect of which a claim form has been issued.

“It is necessary to permit a free and frank exchange of information to allow the claims to be negotiated and settlement achieved if possible.”

Dr Jabbar qualified as a doctor in 2006. She started providing medico-legal reports in 2008 until, by 2013-2015, her medico-legal practice had replaced her other work. She was registered with MedCo and provided reports through the system.

In December 2018, an employee at the Indian-based claims department of the first defendant, Aviva Insurance UK, sent an email to Knightsbridge Solicitors, a law firm which had instructed Dr Jabbar in a case, containing the allegedly defamatory statement.

The letter, headed “Part 35 Questions to Claimant’s Medical Expert”, included the question: “The GMC have confirmed that you can prepare medico-legal reports only if the report does not require her to examine or have contact with patients. Is that true. Was this followed.” It was forwarded by Knightsbridge to Dr Jabbar.

The deputy master noted: “The GMC have never imposed any requirements on [Dr Jabbar] nor, so far as I am aware, have they conducted any investigations into her practice. However, [she] has been the subject of investigations by both MedCo and the Insurance Fraud Bureau.”

The personal injury claim was settled by the claimant accepting Aviva’s part 36 offer in January 2019.

However, Dr Jabbar issued the defamation claim in November 2019, alleging six defamatory and malicious publications of the alleged defamatory statement had taken place.

Dr Jabbar argued that Aviva was seeking to “dissuade solicitors from obtaining reports” from her to “minimise the amounts payable” to accident victims.

Deputy Master Toogood said that, even if absolute privilege did not apply to the letter from India, it was covered by qualified privilege. She rejected the claimant’s argument that the comments were irrelevant to the proceedings – Aviva was testing the reliability of the medical report.

On malice she said that she did not consider that Dr Jabbar had “any realistic, as opposed to fanciful” prospect of success.

Though she did not have to determine the issue, the master also found “significant merit” in the argument that Dr Jabbar could not establish that she had suffered serious harm.

The letter was only published to the solicitor at Knightsbridge Solicitors and the medic could not rely on what she called the “inevitable grapevine effect of the publication to the judiciary, First Claimant’s client, and others who would ordinarily receive questions made under part 35”.

There was no evidence that the questions were ever answered while “clearly publication to the judiciary would be subject to absolute privilege”.

The deputy master concluded that the settlement reached between the parties in June 2021 reflected the “order that would have been made following my judgment”.