Absence of shielding QC “does not make in-person hearing unfair” 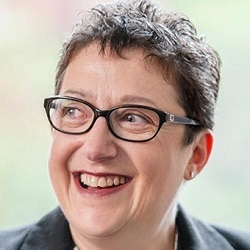 A QC’s inability to attend court in person because she is shielding, unlike the other counsel in a case, will not make the hearing unfair, the Court of Appeal has ruled.

Lord Justice Peter Jackson said a difference in the way parties were represented did not “of itself” amount to inequality of arms in breach of the European Convention on Human Rights.

The court unanimously upheld the decision of Mr Justice Williams last month that the physical presence in a sensitive family case of leading counsel shielding from Covid-19 was desirable but “not essential”.

He said Elizabeth Isaacs QC could appear at the upcoming hearing remotely, even though he was told that her client, the mother in the case, could not contemplate attending court without her

On appeal, Ms Isaacs argued that the decision breached a fundamental principle of natural justice and prejudiced her client’s right to participate effectively in the hearing by excluding “the opportunity for immediate dynamic interaction with the client in the courtroom”.

But Peter Jackson LJ said the format proposed for the remainder of the hearing did not threaten “any breach of the mother’s right to a fair hearing, let alone the fundamental breach that has been claimed”.

The judge’s decision “was not only plainly open to him but, I think, correct”, he continued.

The QC’s absence would be “unfortunate” but would not prevent the mother from participating effectively in the hearing.

“The judge’s approach has been meticulous throughout and his decision was the result of principled case management.”

Peter Jackson LJ said a difference in the way parties were represented “does not of itself amount to inequality in convention terms”.

Any disparity created by the physical absence of leading counsel from the courtroom was likely to be “slight” and could not amount to a substantial disadvantage rendering the proceedings unfair.

He explained that the capacity for ‘immediate dynamic interaction’ was not “an indispensable element of a fair hearing” and its absence would affect all parties to some extent given social distancing.

The judge recognised the mother’s anxiety about Ms Isaacs’ inability to attend in person. “However, the reality of the arrangements does not give rise to any appearance of unfairness. The mother’s corner will be fought in a way that fully upholds her rights.

“Her case will have been prepared to a high standard, she will give her evidence in person in the presence of experienced junior counsel, and her leading counsel will no doubt be engaged before, during and after each stage of the hearing.

“There is no reason to downplay the effectiveness of remote examination and cross-examination by a skilled advocate.

“The judge will keep the fairness of the proceedings under ongoing review and any valid complaint about the conclusions of the fact-finding hearing can be made to this court.”

Peter Jackson LJ concluded that, for specialist judges, these were becoming “routine decisions”, and as time went on, “a careful evaluation of the kind made in this case is no more likely to be the stuff of a successful appeal than any other case management decision”.

Yesterday, the president of the Family Division cleared the way for more remote hearings, including those where parents and children appear as witnesses, by revising the guidance for judges.