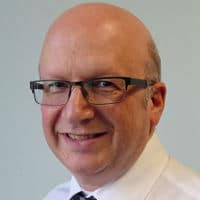 The groundbreaking alternative business structure owned by two major trade unions has begun its plan to provide legal services to other unions after signing a deal with the British Dietetic Association to launch BDA Legal.

Unionline, set up by the CWU and GMB in 2014 [1], has also highlighted its continuing growth, with staff numbers nudging 100 – more than three times the figure it started with.

It has previously outlined [2] the ambition of working with other unions that may not be big enough to set up their own law firms, and confirmed to Legal Futures that it in talks with more.

The BDA, founded in 1936, is the professional association and trade union for dietitians. It is the nation’s largest organisation of food and nutrition professionals with well over 9,000 members. BDA Legal will effectively operate as the association’s panel law firm.

Chief executive Andy Burman said: “The development of BDA Legal is a key development for us as a trade union and professional association.

“The ability to support our members, give them essential services when they most need them and add real value to their membership, has been something we have focussed on for the past few years.

“The opportunity to work with our sister trade unions on BDA Legal demonstrates our commitment to the trade union movement and the strength we have as a collective.”

John Colbert, UnionLine’s marketing and communications manager, added: “It’s extremely gratifying for us to be able to provide members of BDA, with the same legal services that hundreds of thousands of other trade union members’ access via the model we have begun and passionately believe in.

“We hold a very principled position of maintaining for all of our members in the GMB, CWU & now BDA their ability to retain 100% of any costs awarded to them as paramount to accessing justice.”

In the three years UnionLine and latterly UnionLine Scotland has been operating, it has dealt with 255,000 calls to its advice line, handled 27,000 personal injury and 11,000 employment claims, drafted 5,300 wills and obtained £24.7m for members or their families.

It opened with a staff of 27 but now have over 90 dedicated team members working out of our office in Sheffield.”

In other ABS news, Fairpoint Group plc, whose shares were suspended last week after its bank withdrew support, has a new funder as well additional working capital for its legal services business.

Fairpoint announced earlier this week that its bank, AIB Group (UK) plc, has assigned its debt to Doorway Capital, a specialist provider of capital to law firms.

On its brief website – which features testimonials from McMillan Williams, Rosenblatt and Seth Lovis – Doorway Capital says it recognises that “the capital structure of a firm needs to be able to shoulder the long-term goals of its partners as well as weather the day-to-day cash flow needs of its practice.

“Whilst sophisticated financial modelling allows us to compare the value of our capital with that of a private equity house or another funder, we believe much greater value will come from us building a long-term relationship and the stronger PEP and recovery rates our clients should expect from that relationship.”

In the wake of its own refinancing announcement [3] last week, meanwhile, Slater & Gordon has seen its share price neon the Australian Stock Exchange slump by nearly a quarter to a shade over 7c, virtually at its all-time low level.

Finally, the British Printing Industries Federation – which set up an ABS, BPIF Legal, in 2014 – has promoted employment law specialist Nicola Langley to head of legal after the retirement of head of legal and ABS founder Anne Copley.

The BPIF is the only trade association to have its own law firm.