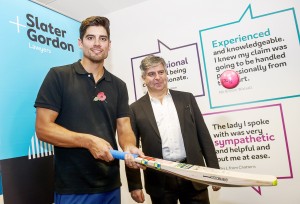 The Parabis Group – the first law firm to be bought by a private equity business – is on the verge of being broken up, two months after problems first emerged.

After pulling out of talks with another private equity-backed defendant firm, Keoghs, Parabis said in a statement: “We can confirm that the Parabis Group has been in negotiations for the defendant and consumer law firms with a consortium of private individuals, led by Andrew McDougall and Tim Roberts, who represent the group’s original founders.

“Having considered and assessed both the founders and Keoghs’ bids, the Parabis board, with the support of the group’s key stakeholders, have entered into exclusivity with the founders. The sale transaction is due to complete in November 2015 and represents a positive outcome for our people and clients alike enabling our industry-leading lawyers to continue to provide the very highest quality of service and advice.”

Meanwhile, Slater & Gordon has opened a drop-in legal advice centre at its flagship Manchester office, with England cricket captain Alastair Cook guest of honour at its official launch this week. The firm has sponsored England’s top test run-scorer since the summer of 2014. 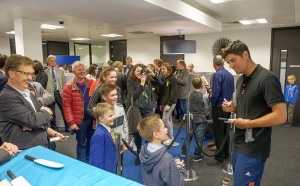 Mr Cook said said: “In court, as in cricket, you always want your team to be better than the other side so choosing the right lawyer is vital.”

Since its launch in September, the centre – which is open 9am to 6pm, Monday to Friday – has averaged around 100 visitors per day. It includes private meeting rooms, a seating area where people can read legal literature and an activity corner for kids.

Simple matters can be handled at once, while serious or urgent cases are immediately referred to a specialist lawyer. There are also regular surgeries staffed by lawyers from different departments.

Neil Kinsella, head of general law at Slater & Gordon, said: “We have many clients who are happy to contact us online or over the telephone, but for some there’s no substitute for the personal touch.”

James Christacos has been named managing director of DAS Law, the ABS owned by the eponymous legal expenses insurer.

He has held the post in a temporary capacity following the departure of founding managing director Kathryn Mortimer.

Mr Christacos qualified as a solicitor in 1997 and has since worked in private practice and in-house, holding a variety of legal, operational, sales, IT and project management roles. In 2005 he established a online legal marketing company Shop4Law, which matched lawyers with particular areas of specialism with clients requiring those services. 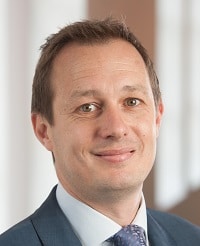 His focus more recently has been on legal process re-engineering. He said: “I am extremely excited by the opportunity to head up DAS Law. We are already a leading law firm in contentious employment, personal injury and civil and commercial litigation disputes and with the resource, appetite and ambition from both our parent company and our existing business partners we have a fabulous opportunity to rapidly extend our capability to addresses the funding and service delivery needs posed by the current judicial system.”

Finally, Big Four accountants EY has launched its first training contracts scheme. It became an ABS last December and now has a team of over 30 people, a figure it expects to double over the next year.

It is recruiting four trainees for each of the next two years. Applications close on 30 November.

At the end of the two years, it is expected that EY’s trainees will qualify as associates within the UK legal team and will not be required to re-apply for a permanent role.

In August, EY announced that it was removing academic qualifications from its entry criteria for its graduate, undergraduate and school leaver programmes, and this will apply to the trainee scheme too.

It means students are no longer required to have a minimum of 300 UCAS points (equivalent to three Bs) and a 2:1 degree to apply. Instead, EY uses a “new and enhanced suite of online ‘strengths’ assessments and numerical tests which are designed to assess the potential of applicants”.