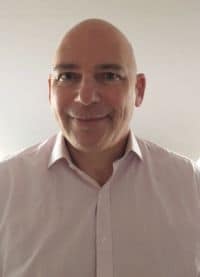 The listed company that owns NewLaw Solicitors has completed its acquisition of a fleet accident management group that itself has a joint venture alternative business structure (ABS) with NewLaw.

Both the Solicitors Regulation Authority and Financial Conduct Authority have approved the deal to buy FMG Group for £41m in cash and 3m Redde shares at a price of 164p per share.

The holders of these shares have waived their entitlement to any dividends for the first year and are also subject to a 24-month lock-in.

Redde said the deal would broaden its accident and fleet management capabilities and allow it to enter additional industry sectors. “Redde will also be able to widen its appeal to the owners and managers of large vehicle fleets requiring accident management and legal services as part of a long-term customer development plan.”

Meanwhile, would-be ABS Metamorph Law – which earlier this year announced plans [3] to “acquire, transform and aggregate” high street law firms – announced yesterday that it will shortly have a £4m warchest that will enable it to buy at least five firms next year. The money is a combination of equity funds and debt facilities.

Founder and CEO Simon Goldhill said he had also begun the process of applying to form an ABS.

The stated aim of Metamorph Law is to transform the way that consumer legal services are delivered in the high street. After buying firms, “technology and modern business processes will then be introduced to make them both more efficient and consumer-facing, focused on serving their local communities”.

The plan is, over the next five years, to buy around 60 high street firms to create a business with a turnover of more than £80m.

Metamorph founder and CEO Simon Goldhill said: “We now have the resources in place, both in terms of finance and people, to enable us to build the structures and processes we need to be ready for acquisitions to start in Q1 2016.”

Mr Goldhill said work is continuing on “the formal shape and detail of the investment, board and governance structures and further announcements will follow once this has been completed”.

Back in May he had talked about acquiring the first firm “shortly”, but Mr Goldhill explained that he had changed tack to get “far greater resources in place” from the start, “so that we can not only scale up the pace of acquisition to five or more in year 1, but make sure that we are properly geared up to provide the systems and support structures that they will need before we bring them into the fold. There is a lot of work already going on behind the scenes to ensure that we will be ready for that”.

He added: “Rather than being behind schedule, this will accelerate our business plan by up to a year.” The three-partner firm along the M4 corridor to which he referred in May as the first acquisition is potentially still going to be the first, Mr Goldhill added.