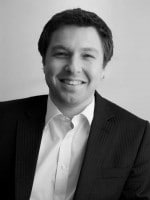 And in other ABS news, NewLaw Solicitors has unveiled its fourth joint venture with an insurance business, and Co-operative Legal Services (CLS) is set for redundancies from its 140-strong personal injury division after announcing a “restructuring” of that part of its business.

Prydis Legal Ltd is owned by Prydis, a group with offices in Devon and Cornwall, which now has lawyers under one roof with chartered accountants, tax advisers, registered auditors, financial planners, and investment managers.

Prydis’s managing director Joe Priday, a chartered tax adviser with a law degree, said the ABS “formalised the ownership” of its legal division, which is headed by commercial law specialist solicitor Andrew Smith. It “closes the circle” on its range of professional advice”, he added.

The group had worked for many years with the law firm’s owners. “We said we [would] formalise the ABS as and when it was appropriate, and as it became appropriate we went ahead.”

He said seeking external investment for the ABS would be unnecessary. “We don’t require it. The rest of the business is wealth management and discretionary fund management, and accounts, audit, and consultancy work. The rest of the business has got a strong recurring revenue line and as such we don’t need to externally finance the legal offering.”

The process of applying to the Solicitors Regulation Authority took “far longer than was anticipated… but we got there in the end”, Mr Priday said.

He added: “However, saying that, I understand why because we have ICAEW [Institute of Chartered Accountants in England and Wales], CIOT [Chartered Institute of Taxation], and SRA [Solicitors Regulation Authority] regulation across the group, so we are a very complicated compliance structure and obviously all the ‘I’s needed to be dotted and the ‘T’s crossed.”

The group’s website says: “Achieving personal goals is more difficult and time consuming if you have to talk separately to many different advisers. We believe it’s our job to propose the best way forward, assembling the right specialists around one table.”

The Legal Services Board recently complained that the process of approving ABSs seemed to be weighted against multi-disciplinary practices.

Separately, the SRA has granted an ABS licence to Salisbury-based Natalie Gamble Associates, a niche fertility law firm that focuses on family law and matters connected with donor conception and surrogacy. The licence is effective from 2 January 2014.

Ms Gamble, a pioneering fertility law solicitor who has advised successive governments, said the ABS application was to enable “someone who is in a management capacity in the firm to become an owner”, and also because its focus was on an innovative sector, it wanted to reflect that.

In future the firm “may be looking at employee ownership, along the lines of the John Lewis model”, she said.

The firm recently launched a not-for-profit surrogacy and egg donation agency. Ms Gamble described it as “the first fully professional surrogacy agency to operate in the UK”, which was set up “to campaign for a better system for surrogacy here and provide support for parents who are going through the process”.

Cardiff-based NewLaw’s latest joint venture is with motorcycle specialist Carole Nash, the 35th largest insurance broker in the country. It has 300 staff in the UK and Ireland and provides insurance for some 300,000 classic, vintage, modern, custom and off-road motorcycles – equivalent to around 25% of all licensed machines.

Whilst Carole Nash has previously worked with the solicitors, NewLaw was selected “only following a 12-month tender process involving all the major providers in this sector”.

In a statement Carole Nash said the creation of the ABS was spurred by the particular issues its policyholders face, with the majority of the broker’s accident claims being non-fault and many requiring recovery of uninsured losses and personal injury compensation.

CLS said a formal consultation with staff in the personal injury division will begin in the New Year. A spokesman said: “We are keen to consult with colleagues in the first instance and are unable to provide further details at this stage.”

Changes at the top of CLS have also been announced. Matt Howells will take up the managing director role in early 2014. He joins the business from Barclays, where he was director of UK secured lending. He will replace Steven Round, who will leave the business in the first half of 2014 after a handover period.

In addition Robert Labadie, one of the founders of CLS, is leaving the Bristol-based business after seven years. The company said the decision was for “family reasons”, with Mr Labadie moving back to Hampshire.

Alistair Asher, group general counsel of The Co-operative Group and chairman of CLS, emphasised that the legal services arm remains an important part of the group.

He said: “The provision of affordable and accessible legal services to our members is a strategic priority of The Co-operative Group. The strategic review of the group being undertaken by the new executive team will bring sharp focus to the investment plan being developed within CLS in order to support its expansion. This leaves CLS well placed to be taken forward by Matt as the incoming managing director.”