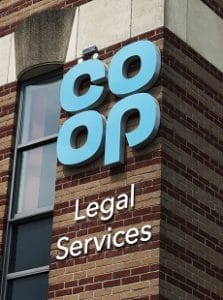 Gordon Dadds Group has made its first law firm acquisition since listing on AIM last summer.

It is buying specialist technology and corporate solicitors White & Black for up to £3.4m as it starts to make good on its ambition to act as an acquisition vehicle.

CW Energy, a corporate tax consultancy to the oil and gas industry, was Gordon Dadds’ first deal after August’s admission.

White & Black has offices in London and Oxford, and will continue to trade under its name. Investors were told that it boasts a substantial international client base, with a particularly strong presence in the Far East, comprising mainly corporate, private equity and investment clients.

The selling partners will also receive up to £520,000 more on realisation of White & Black’s debtors and work in progress at 31 October 2017.

Further, they have shares that give them a right to 30% of the profits (after tax) of White & Black in excess of £400,000 in each year. Gordon Dadds has an option to acquire these shares between three and four years after completion and the holders will have the right to put those shares onto the group between four and five years after completion.

The exercise price for these options will be based on the relative EBITDAs of White & Black and Gordon Dadds and, at the group’s option, may be satisfied in cash or new ordinary shares in Gordon Dadds at the then market price.

“The directors of Gordon Dadds regard the existence of these options, in addition to service contracts for the selling partners running to May 2020, as an incentive to the vendors to continue to drive the business forward,” the announcement said.

Gordon Dadds CEO Adrian Biles said: “I am delighted to have completed our second focused and specialist acquisition after Gordon Dadds’ successful IPO.

“White & Black Limited is a highly regarded and profitable business which will add to the group’s expertise in the technology and corporate space. It will also provide further opportunities for cross-selling services within the Group.”

“This acquisition demonstrates Gordon Dadds’ ability to attract profitable, growing businesses and the acquired White & Black brand will benefit from being part of the enlarged Group with access to a wider range of services.”

Phil Riman, CEO of White & Black, added: “The increased range of services we have access to within Gordon Dadds will enable us to deal with a larger proportion of our clients’ needs and those of their key people without any dilution of our specialist offering.”

Instead of sending an email to CLS, and being called back at any point during the working day, those using the new system will be able to book a particular time slot with a solicitor.

They have first to complete various questions online designed to ensure that they actually want a divorce, and also gather personal details needed to populate the divorce petition.

Tracey Moloney, head of family law at CLS, said the service was a response to the difficulty in calling back divorce clients during the day, when they could be at work or not able to speak for other reasons.

“More and more people who want to get divorced are surfing the net early in the mornings or at weekends. This is something very personal to them and they like to shop around.

CLS solicitor completes the papers on their behalf and returns them to the customer for signing, before dealing with the court process.

Ms Moloney said: “Some online services take payment online, without giving any real guidance or advice. Other online services provide only the divorce forms plus a how-to guide.

“The danger with this is that people send the paperwork to the courts time and time again, and it is returned to them without any explanation, which can be very frustrating. People need the help of a solicitor to complete the petition.”

She said use of the online service could cut the time taken to complete an uncontested divorce from six-nine months to four-six months.

CLS said 62% of family enquiries came from web-based sources and the firm was expecting a surge of almost 150% in divorce enquiries in the first quarter of the year, peaking in March.

She said CLS had recently launched new online services for wills and powers of attorney. The CLS family law department is made up of 19 staff, including 11 solicitors.

Meanwhile, a firm of will writers that became an alternative business structure (ABS) in 2016 is closing down due to insolvency, according to a statement on its website.

The Will Writing Company (WWC) in Nottingham was founded in 1990, and by 2016 its trust company had £500m of assets under management, having only been set up in 2010. It is not to be confused with a company of the same name with offices in Milton Keynes and Bedford.

A long-term supporter of regulation in the will-writing industry, WWC became an ABS on 1 June 2016, allowing its legal department to conduct reserved work such as applying for grants of probate.

Its aim was to be in the top 1% of Solicitors Regulation Authority-regulated firms by fee income in the area of estate planning by the end of 2020.

Shortly after becoming an ABS, WWC referred one of its employees to the SRA for trying to get a vulnerable client to loan him money. He was banned from working for regulated law firms.

Finally, Rotherham-based Wilford Smith has launched a major expansion programme on the back of becoming an ABS, opening two new offices in Sheffield and one in London.

The firm specialises in major fraud and complex corporate cases, commercial conveyancing and estate planning. It currently has 26 staff and said the ABS licence and new offices “signalled its intention to become one of the region’s most significant law firms”.

The firm said in a statement that while the expansion so far has been self-funded, it was open to seeking external funding.

Founder and senior partner Stephen Smith added: “Wilford Smith has a reputation for defending the rights of business people from South Yorkshire and beyond. This initial expansion means we are more accessible to clients, as well as being able to better-serve London-based clients.”