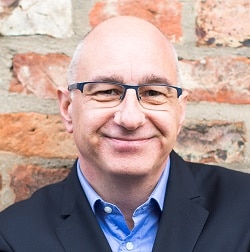 Houston: Regulation was a natural progression

The plan by Carillion Advice Services (CAS) to become an alternative business structure looks to be at an end after the business was bought by magic circle firm Clifford Chance.

CAS, which employs 60 paralegals in Newcastle and 10 in Birmingham, marketed itself as a paralegal-led managed legal services centre employing mainly law graduates, often those who have passed the legal practice course.

UK managing partner Michael Bates explained: “By working with the CAS team, we will enhance our ability to provide extremely cost-effective, efficient and high-quality service on a range of low complexity legal tasks as an integral part of our overall client offer.

“To date, we have delivered this work either through our legal support centre in India, or through working with other third parties including legal outsourcers.

“The addition of the team in Newcastle, with their well-recognised expertise in unbundling, developing processes and applying the latest in legal tech, will enable us to provide clients with another option from within the firm.”

CAS was originally part of Carillion’s in-house legal team, but developed to work with other law firms and in-house teams, specialising in low-to-medium complexity routine work, such as document review, due diligence, e-disclosure and litigation support.

It also operates housing and debt legal aid phone lines, and Clifford Chance confirmed that all current contracts would be honoured.

It has also opened in Beverley, Esher and Manchester as part of a plan to open up to 30 new offices in five years.

The new office is headed by Jemma Slavin, who joins the firm from Newport firm Atkinsons, where she was a senior solicitor.

Another private equity-backed firm, Keoghs, this week said it had completed the third and final phase of its acquisition of fellow defendant law firm Hill Dickinson’s insurance business group.

First announced last October, in all 17 partners and 311 staff have moved to Keoghs, taking its headcount to 1,740 across 12 offices. It also now has a presence in Liverpool, where it has sub-let premises from Hill Dickinson as part of the transaction.

Finally, a specialist private client firm, which has both a solicitor and an accountant as directors, has entered regulation and chosen to be regulated as an ABS by the Council for Licensed Conveyancers (CLC).

Mr Houston went on: “I think it’s good having a choice. The market is changing and regulators need to change as well, and adapt to it. We chose somebody we feel comfortable with. The CLC was keen to work with us and sounded really excited about it.”

Mr Houston said he considered two other regulators – the Institute of Chartered Accountants in England and Wales (ICAEW) and the Solicitors Regulation Authority (SRA).

He said he knew a local firm regulated by the ICAEW and felt the organisation was “very much geared towards working with firms of accountants, not us”. Mr Houston said he had also contacted the SRA, but the response was not enthusiastic as the CLC.

Coming from a business outsourcing background, Mr Houston set up Pavilion Row with his wife in 2008. He said he was motivated both by his experiences of the death of a relative and the “minefield of not know what is good, what is bad and what is indifferent”, when trying to choose a firm to advise on his will.

From the beginning he set out to make Pavilion Row different by insisting that all its advisers were qualified by the Society of Trust and Estate Practitioners (STEP).

Mr Houston said STEP “underpins everything we do” and the firm was one of the first to be a STEP employer partner.

He said that, even when the firm was unregulated, it tried to operate as if it was regulated by following the STEP code of conduct and will code.

“A lot of firms are sales-focused. We are advice-focused. Regulation was a natural progression. It’s not a question of being able to charge more. People don’t understand what the benefits of regulation are.”

Mr Houston said his firm was not looking for external investment by becoming an ABS but “clearly as we grow, it becomes an option”. The head of legal at Pavilion Row is a solicitor, Jenny Slater, and the head of finance and administration an accountant, Lorna Jessop.

Mr Houston said he was not in favour of law firms being forced to publish prices on their websites, as recommended by the Competition and Markets Authority.

“This is about clients being clear on what they’re going to have to pay before making a commitment. We give them clarity and have capped fees for estate administration.

“Publishing something on a website doesn’t mean a thing. It’s too simplistic and it could drive the wrong kind of behaviour.

“What clients need is to know the expenses they are going to face and not to be surprised. It’s about value for money.”