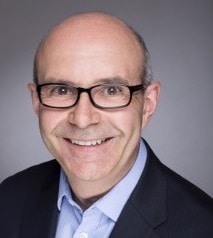 One of the country’s largest personal injury practices has highlighted the benefits of being an alternative business structure owned by a large business after the write-off of a multi-million pound inter-company loan, and an £11m cash injection, helped it turn a huge loss into a profit in its last financial year.

Minster Law’s results for the year to 30 June 2016 – showing a £2m profit before tax, compared to a loss of over £23m in the previous year – were its first since it moved from BGL Group and became part of BHL (UK) Holdings, the umbrella company that owns BGL.

This was done to simplify BGL – whose main businesses are comparison website Compare the Market and Budget Insurance – as it heads for a possible stock market flotation.

Under the terms of the transfer of ownership, BGL agreed to write off the balance of an outstanding £40m loan. Minster has a long-term contract to provide legal services to BGL.

“This has provided us with the means to start our journey to transform Minster Law into an enduring and successful business that will lead the UK in claims services provision,” he said.

Its ownership has “very much facilitated” the turnaround that has put the firm on a solid financial footing, he said, suggesting that a bank would not have given the same support.

Mr Warren – who has been in post since October 2014 – said a major cause of Minster’s problems was its response to the 2013 LASPO reforms to personal injury, including the implementation of risk management processes that he described as more suitable to a business overseen by the Financial Conduct Authority than the Solicitors Regulation Authority.

Mr Warren said the increase in turnover was partly due to Minster Law settling cases more quickly – it typically settles 2,200 cases a month – but added that the volatility of turnover was impacted by a change to accounting policy whereby Minster now values only those cases where liability has been admitted in its work in progress.

Sales costs fell in part because, during the “transformation” process, he narrowed Minster’s distribution channels to just BGL and Saga-owned motorcycle insurer Bennetts – a process he dubbed “shrink to success”.

However, he is now looking to expand its distribution channels again beyond providing an in-house service for BGL.

There has also been a significant investment in new technology – it has recently spent £500,000 on a new customer portal to sit on top of its case management system that enables clients to self-serve.

Mr Warren argued that a technology-driven approach would be especially vital if a post-election Conservative government revived its plan to push many low-value personal injury claims into the small claims court.

He said such cases could still be profitable for law firms – as either a deduction from damages or an upfront fee – if the process was as technologically efficient and “low touch” as possible, meaning little human interaction would be needed.

Mr Warren said: “Digital insurers can now assess and pay claims within minutes, for example. Customers expect similar standards from all their providers, including legal services, but taking a piecemeal approach to technology won’t be enough.”

Another feature of this would be consolidation in the market, he predicted.