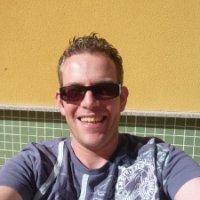 A chartered legal executive has launched a start-up alternative business structure (ABS) specialising in personal injury but with ambitious plans for expansion into a variety of legal areas, including sports law.

Mr Wallis, the legal director, is both head of legal practice and head of finance and administration – only the third ABS to have a chartered legal executive in the roles.

The firm will focus on PI/road traffic accident (RTA) work in year one, and expand into commercial litigation, residential conveyancing, sports law, and debt recovery/insolvency work from year two.

Mr Wallis said he hoped to employ some half a dozen lawyers and “at least” a dozen staff within three years.

The firm aimed to be partially ‘virtual’, with some staff working from home “to keep down overheads” but would also maintain a physical presence through its Preston office. The plan was to create what he called a “virtual business environment” through use of the cloud and software-as-a-service – cloud-based applications as opposed to software installed on a firm’s computers.

The firm has three directors, including barrister-turned-solicitor Barry Simpson, who is a shareholder in ABS Lawyers. Mr Simpson counts among his specialisms RTA claims, credit hire, and sports law.

Mr Wallis has been a legal executive specialising in personal injury, contract disputes, debt recovery, and landlord and tenant disputes at Preston solicitors’ firm the Ellen Court Partnership since 1998. He qualified as a Fellow in 2008.

He told Legal Futures that the flexibility offered by the ABS structure was attractive given the “constant change in the legal landscape” and reforms-based volatility in the PI sector.

“ABS offers more flexibility in many respects than a traditional law firm. It’s something different…

“It’s going to be very difficult for solicitors in traditional firms to survive if the reforms are implemented in the way that the government wants,” he said.

The firm was “open” both to external investment and to linking up with non-lawyer professionals such as accountants, said Mr Wallis.

But he predicted that this year’s PI/RTA caseload “should give us sufficient financial ability to rapidly progress”.