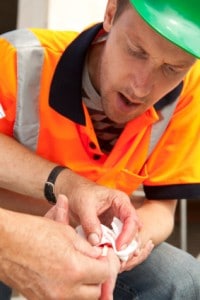 A law firm that has innovative web-based personal injury (PI) brands, including those directed at the building trades and taxi drivers, is to investigate external investment after winning its alternative business structure (ABS) license.

In a move targeted at Eastern European building tradesmen, injuredonsite.co.uk can be read in Russian, Polish and Lithuanian, as well as in English. It is “specifically designed for trades people – such as labourers, carpenters, roofers, electricians and plumbers – who have been injured or had an accident at work”.

Meanwhile, the Cabbieclaims.co.uk web site, which is under construction, is advertised as “for our specialist service to licensed taxi drivers and private hire drivers”. Lawyersforlondoners.com is an alternative brand for Universa Law.

Universa’s director and principal solicitor, Paul Cairaschi, who also is its head of legal practice and head of financial administration, said the ABS licence would “help us to continue adapting to the ever changing legal landscape”.

He continued: “Whilst there are no immediate plans to significantly alter the structure of the business, I am anticipating that much of my time over the next few months will be engaged in speaking to, and meeting with, potential investors or joint venture partners, with a view to exploring any opportunities that exist.”

He said he was “impressed… [with] the thoroughness and professionalism” of the Solicitors Regulation Authority’s licensing process. “Whilst the procedure was very extensive, there was no enquiry that was inappropriate or irrelevant,” he added.

Meanwhile, two more businesses have received ABS licences from the Council for Licensed Conveyancers: Essex-based two-partner practice Dorling Cottrell, which trades as DC Law, and Plymouth licensed conveyancers Chartahouse, which was established in 1977.

The Solicitors Regulation Authority has now issued 74 ABS licences, while the Council for Licensed Conveyancers has granted 18.