‘ABS to the shires’ targets membership worth £13bn 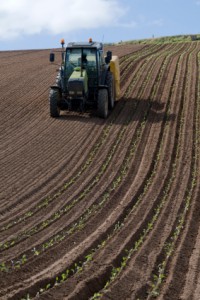 On the farm: easy access to legal services for landowners

An alternative business structure (ABS) with access to clients with assets of more than £13bn has been launched by the Country Gentlemen’s Association (CGA), whose members who are mainly landowners, farmers, and retired military personnel.

The Solicitors Regulation Authority has licensed it to operate CGA Legal Services from 1 November and has granted a waiver to the ABS to be connected with CGA Financial & Investments Limited, despite that arm being an appointed representative of a non-independent financial adviser – wealth manager St James’s Place.

The waiver is effective only until 9 July 2016 and is “revocable upon reasonable notice”.

The Wiltshire-based CGA – the first pure membership body to become an ABS – has a membership of around 14,500. The ABS’s head of legal practice, solicitor James Baker, told Legal Futures that some 95% of members have an estate worth £1m plus.

The extension to legal services was a natural move for the CGA, he said: “Because we are looking after the financial investment services and insurance for a large number of members, it seemed like a sensible idea to be able to offer legal services.”

When reviewing the assets of a particular member, it was often recommended that they should review their will, for example. “To do that within the group obviously makes a lot more sense than us outsourcing to other firms which is what we’ve done in the past,” he added.

He anticipated recruiting a lawyer to support his work “sooner rather than later” and predicted “a flurry of work at the beginning and we’ll hopefully build from there”.

He predicted that CGA members would be likely to switch to the CGA from their existing solicitors: “With the CGA there is a lot of loyalty among the members… Because we are attached to a larger members’ organisation, [we] might just attract that extra bit of loyalty than maybe your high street firm.”

Mr Baker said the membership of the CGA was “maybe not ultra-high net worth but certainly in the high net worth bracket, who are comfortably well-off”. Members included “a lot of landowners, a lot of farmers – who when the 120-year-old CGA was established formed the majority of the membership – and people who have come out of the armed forces, or indeed are still serving”.

There was “quite a lot of inherited wealth, certainly,” he said, although the membership was “slightly more diverse now than it has been in the past”. Recently the CGA teamed up with the Aga brand of ovens and offered purchasers free membership, Mr Baker reported, adding: “We got a number of new instructions via them, and obviously the types of people who have Agas are the sort of people [who] are probably aligned with those sorts of things that we do.”

Mr Baker has been in-house counsel for the CGA for the past two years and specialises in private client work. Before the CGA, he spent a year at Ascot-based K Law solicitors, and trained at Charles Russell LLP.

The ABS’s head of finance and administration is Harvey Clarke.

The CGA’s chairman, William Harrison-Allan, said he thought of the association as a “club without walls”. Describing its activities, he said: “Members may meet one another throughout the year at outings to rarely-opened stately homes, race- and golf days, or may simply get a sense of belonging to an organisation of like-minded people through the magazine and having the personal service and trust of the CGA team on hand.”