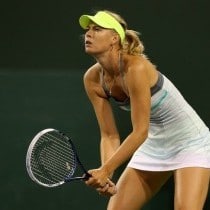 A London-based sports law firm that counts among its clients the tennis star Maria Sharapova and world champion cyclist Lizzie Armitstead, has become an alternative business structure (ABS) with the aim of bringing analysis of substances in-house and adding other non-legal services to its mix.

As well as high-profile sportspeople, Mr Morgan has acted on behalf of national Olympic committees at three of the last four Olympic Games.

The ABS’s head of legal practice and of finance and administration is solicitor Lizzie Osborne, the firm’s practice manager and co-director with Mr Morgan.

Morgan Sports Law represented Ms Sharapova earlier this month before the Court of Arbitration for Sport in her partially successful appeal against doping charges, having tested positive for mildronate at the Australian Open in January. The substance, previously legal, was banned after the tennis anti-doping programme changed its rules.

Mr Morgan told Legal Futures the firm was not looking for outside investment but hoped to expand its services for athletes: “What we have found is that a lot of our clients don’t just require legal services, so in due course we will be able to provide non-legal services.”

He said the new services might eventually include wealth management but would initially “complement our legal services, especially on the science side” in order to make the firm a “one-stop shop” that included the ability to carry out its own scientific work.

He continued: “One of the things that we offer… is getting experts to analyse documents and test results, and to test supplements, for example, to see if they have been contaminated with any prohibited substances.”

The plan was “to bring more of that in-house so that we don’t have to rely on external providers any more”.

Mr Morgan, who was a sports solicitor at what was then Hammonds and later Squire Sanders Hammonds (now Squire Patton Boggs), said the firm had built up a strong reputation and did not carry out marketing, since work came in by word of mouth.

“People looking at big doping cases see our name, so we end up getting clients on the back of our successes in other cases.

“Lots of the stuff we do is very heavily based on science. Our reputation has been a decade in the making… I think I’ve got a very decent understanding of how the analytical process works; the testing process – not just sample collection but actually how [athletes] are tested and methods of testing.”

He said acquiring an ABS licence was in part because “it’s the way the market seems to be going and we don’t want to be left behind”, adding: “Hopefully over the next couple of years we can start adding non-legal services that mean something to clients.”

In other ABS news, Crawford Legal Services, the ABS set up by US loss adjusting giant Crawford & Co, has set up a Liverpool office and is growing fast, the group’s UK and Ireland chief executive has said.

Crawford announced its intention to become an ABS in June and last month received its licence from the Solicitors Regulation Authority.

Clive Nicholls told Legal Futures that the ABS was actively recruiting both lawyers and paralegals, and aimed to have 10 in place by the end of the year.

“We have to walk before we can run,” Mr Nicholls said. “This really extends the services we can provide to our customers. Until now we’ve been using the insurance company’s lawyers or our own panel solicitors.”

Mr Nicholls said the ABS would deal with both motor and property claims, before moving on to costs and fraud. The Liverpool office is headed by Jason Spencer, a former partner at defendant personal injury firm Horwich Farrelly, and operations manager Deborah Weig.

“Work is arriving already,” Mr Nicholls said. “At the moment we’re offering services to our existing clients. How fast we grow depends on client demand. Things are quite frenetic right now.”

Meanwhile, nine former partners of AIM-listed ABS Gateley have cashed in some of their shares for almost £6.4m.

In a stock exchange statement, the firm said 5.76m shares had been sold, representing 5.4% of the total issued share capital. New institutional investors bought 5.15m, while 612,000 were bought by new and existing employees. The sale price of the shares was £1.11, up from 95p on flotation.

The former partners of what was Gateley LLP kept 70% of the firm’s shares when it was admitted to AIM in June last year. They voluntarily entered into five-year lock-in agreements which permitted them to dispose up to 10% of shares in any 12-month period after the first anniversary of admission.

Gateley announced Liontrust Investment Partners as a new investor, having bought 8.31% of its stock.

Nigel Payne, chairman of Gateley, added: “I’m delighted to welcome new institutional shareholders on to the register and am equally pleased with internal demand from employees recognising the evolution and significant opportunities available to the business.”

Meanwhile in Manchester, personal injury ABS Express Solicitors have reported 22.5% growth in fee income over the last 12 months, from £10m this time last year to £12.3m. Staff numbers grew 5% to 187, including 69 fee-earners and 17 partners, despite challenging market conditions.

Avril Palmer-Baunack, chairman of Redde, told the company’s AGM yesterday that the company’s positive start to 2016 had continued during the third quarter of the year.

“As a consequence, trading profits are ahead of our expectations and the corresponding period last year. Early indications are that this trend has continued during October and, with new, additional contracts now in a start-up phase, the board remains confident about the group’s prospects for the financial year as a whole.

“The group is also seeing an increasing level of new business opportunities and continues to be well placed to take advantage of these opportunities to further grow revenue and profits.”