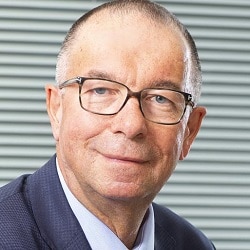 Anexo Group, the AIM-listed credit hire and legal services business, said yesterday it was looking to expand beyond road traffic accidents and the North-West in the wake of strong results.

It also saw the demise of other claimant law firms as a result of next April’s Civil Liability Act reforms as “great” news because it removed competition.

Anexo operates a ‘direct capture’ model that brings in cases through its dedicated credit hire sales team and network of over 1,100 active referrers – such as body shops and garages – around the UK.

However, profit before tax declined 40% to £2.3m, which it said reflecting “significant investment” in the Bolton office it opened last December and associated staff recruitment costs.

The Bolton office achieved break-even within four months and employed 63 people as of 30 June 2019, of whom 28 were “experienced litigators”, with a further 10 joining shortly.

In all, Bond Turner employed 109 senior litigators at period end, up from 74 a year before. It places great store in the experience of its legal staff because of their ability to settle more cases and drive cash collection.

Bond Turner deals with all the credit hire and injury cases generated by the other side of the Anexo business. The results said the number of new hire cases increased by 31% to 3,392, while Bond Turner settled 2,066 cases in the six months.

It told investors: “The board intends to expand this specialist team in H2 2019 and FY 2020 and is exploring opportunities to secure new business in professional and compensation claims through both targeted recruitment and digital marketing and direct capture.”

Anexo executive chairman Alan Sellers said it was eyeing up car emissions cases – keeping a close eye on the Volkswagen group litigation in particular – and predicted that over the next decade, “if we get a reputation of being good at GLOs [group litigation orders], it could be 25% of the business”.

The growth in Bolton is encouraging Bond Turner to look at other locations, with the firm likely to open an office in Leeds in early 2020. As in Bolton – the home of Keoghs – further openings may be linked to where large defendant insurance firms were based, Mr Sellers said.

He described high street personal injury (PI) firms as a major competitor for Bond Turner, but said “the whiplash lawyer is due to disappear in April 2020”.

He went on to express surprise that a lot of PI firms “have been giving up” and going into run-off this year, when he expected it not to happen until early 2020.

This meant less competition for Bond Turner and was “great for us going forward”.

Anexo’s share price has nearly doubled since it listed in June 2018 at 100p, closing yesterday at 188p.