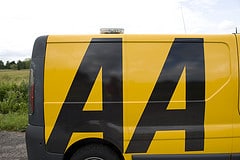 Many of the big insurance companies that have set up alternative business structure (ABS) joint ventures have signed up to a new code of practice laying out how they can point policyholders who may have a personal injury (PI) claim towards their law firms.

The Association of British Insurers (ABI) code also seeks to ensure that its members do not encourage the kind of “speculative and exaggerated claims” that the industry has long railed against when they have policyholders with a potential claim, whether or not the insurer has an ABS.

ABS co-owners to have signed up to the voluntary code are Acromas Holdings – the parent company of both the AA and Saga – Admiral Insurance, Ageas, The Co-operative and Direct Line Group.

The code expressly does not cover so-called third-party capture, where liable insurers deal directly with non-customers who may have claims against their policyholder before they have instructed a solicitor.

The code recognises that some insurers “have an involvement in an ABS which offers [legal] services direct to their customers to assist them with claims”.

It says it is “appropriate” for insurers to provide information and support to customers about their entitlement to make a claim. However, where the customer does not want to make one, they should not face “direct or indirect pressure” from the insurer or a third party to do so, such as through cold calls or providing the customer’s details to a third party knowing that they will be used to encourage a claim.

Under the code insurers will also ask customers if they have legal expenses insurance, or other funding arrangements that may cover the cost of claiming; aim to resolve claims wherever possible through the claims portal; and ensure that any third parties they may arrange or recommend to handle a claim do not increase legal costs for the at-fault insurer.

However, there is no sanction for failing to comply with the code beyond having to provide an explanation as to why.

“Insurers campaigned over many years for much-needed reforms to the civil justice system, and remain committed to paying fair compensation to genuinely injured claimants as quickly as possible.

“This code – which insurers initiated and drafted – helps to ensure that both the letter and the spirit of these reforms are embedded into the insurance industry’s everyday practice. It will help give customers the confidence that, in the new civil justice environment, the priority for insurers remains delivering the best outcomes for genuinely injured customers.”

John Spencer, vice-president of the Association of Personal Injury Lawyers, said: “The code is broadly welcome in its aspiration. For instance, encouraging ABI members not to add unnecessary cost to the process is vital. However, it will not provide a substitute for the absolute imperative for the injured person to be independently represented. This fundamental requirement is missing from the code.”