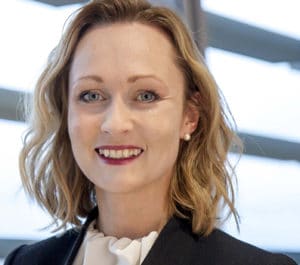 A DIY online information service run by the law firm owned by global insurance giant Markel has been opened up to individual SME subscribers.

LHS Solicitors, the alternative business structure which was bought by Abbey Protection before Abbey was acquired by Markel, charges £45 a year for full access to a ‘digital hub’ which has templates, factsheets, guides, and legal documents, aimed at businesses.

The service, elXtr, was launched in February 2016, loosely based on an information service that Abbey had previously offered to its customers. The firm described elXtr as a “reinvention of legal services, creating a business that delivered a retail, consumer-style experience to businesses needing legal empowerment”.

Up to now, LHS has sold access to elXtr via brokers to insurance communities and policyholders, or trade associations as a membership benefit. LHS’s head of business and legal services, solicitor Merlie Calvert, said this was because the firm “grew out of an insurance business” and “the insurance way of selling these kind of things is to roll it in with membership”.

The elXtr website said more than 13,000 users have taken advantage of the hub’s business solutions, which included more than 1,000 templates, over 250 fact sheets, and over 700 legal documents. More content was being added all the time, it said.

It has also created partnerships with other businesses covering areas such as accountancy and virtual executive assistants, and is looking to build a community of users.

Ms Calvert said: “Frankly anyone can give you a list of legal documents and say ‘look, we’ve empowered you’. But the overriding philosophy of elXtr is to put context around that, and make sure that we genuinely do empower you…

“Not just giving you a document, but giving you the confidence as a small businessperson to know when to use it, how to use it… without baffling you.”

She continued that a feature of the service popular with membership organisations was a “digital dashboard” that reported which services were being used by members. Where members were expected to be legally compliant in a certain area, the dashboard could be used to prove they were availing themselves of relevant information.

Ms Calvert said that over the next six months LHS would be adding enhanced “educational content” to the hub, such as webinars. The firm was also considering more “experiential and empowering” educational methods, such as “gaming, augmented reality and real scenarios”, but she would not be drawn further on the detail.

Richard Candy, LHS’s managing director, said: “Digital disrupters are transforming numerous industries and elXtr was created with the goal of doing just that to the legal sector. After seeing the success of elXtr with our customers, we realised we had achieved our objective and wanted to make such an essential digital hub available to even more SME and business owners.

“We’re certain elXtr is a tool that will enable people to help their businesses flourish even further and we look forward to seeing the positive impact it will have on a wider audience of SMEs.”