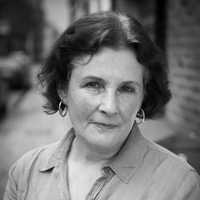 Terry: some clients not aware of legal aid cuts

In the third part of our series in which we catch up on the progress of the new breed of alternative business structures (ABSs), we speak to Castle Park Solicitors, which was the first ABS to be created by a legal advice charity.

The firm, created by Leicester-based Community Advice and Law Service (CALS) a year ago, has found the going tough, but is hopeful that income from private client work will be flowing to its parent body by the end of this year.

CALS became the first not-for-profit to set up an ABS when it took advantage of a waiver from the separate business rule provided to charities by the Solicitors Regulation Authority. Castle Park is a community interest company.

Castle Park was set up with the dual aims of providing good-quality advice and representation mainly in the areas going out of scope of legal aid, and to generate income for CALS.

Glenda Terry, the ABS’s head of finance and administration, said the two areas of law that were showing the greatest promise were family law and immigration, although the firm had not appointed an immigration specialist until some time after the new business was up and running.

She said clients had been slow to grasp the fact that, post-LASPO, there was no legal aid available. “I think the understanding that legal aid has gone has been slow to trickle down, so we still get users of legal services coming in expecting that legal aid is still there. Obviously if they are eligible or it’s still in scope we do send them to people who do legal aid.”

The firm has had to be innovative in its charging. It has an ‘access to justice’ facility whereby people on certain means-tested benefits, who would previously have been eligible for legal aid, can pay for legal services at half the firm’s normal rate and pay in monthly instalments. “That is very much consistent with our ethos and the sort of people we wanted to help, but it’s impacted rather on our ability to turn a profit for our parent company,” Ms Terry said.

Unbundling of services is also a means by which Castle Park can help clients and make money too. In immigration law the firm has a free drop-in service on Tuesday mornings, at which people can receive 20 minutes’ free advice. “We’ve kind of adapted the service around the client group because for some people it’s just about knowing what the remedy is or if there is one, and whether they’re going to have to instruct us and end up paying for the work. But it’s also something that enables us to see if we can do it under an agreed fee or whether it’s perhaps something a bit more complex or open ended.”

Being an ABS gives Castle Park the flexibility to work with other professionals. But, for now, only links with not-for-profit organisations are on the agenda, she said: “There are a few ideas in the pipeline now about working in collaboration with [them] and maybe looking for external funding – doing things that could draw in other funding.”

One area the ABS has long wanted to develop is employment law – which with family and immigration it aimed to make part of its core practice. “It will be a niche service to not-for-profit small businesses or private businesses and that’s something I think we are gradually developing, sort of an HR service – and if they want help with documents, that kind of thing, because we feel quite well placed to do that.”

Ms Terry admitted that the private sector has presented new challenges, such as having to chase work. “It’s very different from working in the not-for-profit sector where you have people queueing up, and generally promotion and publicity are not too high on the agenda.

“But if it’s a paid-for service, obviously you are in competition with other people. I think it’s about communicating to people that we are offering good value for money; all our people are at least 10 years’ PQE, so the service is high-quality.”

The ABS has links with local firms, but do they see it as treading on their turf? “I think probably to an extent they do, because obviously we are competitors. But I don’t think we’ve encountered huge antipathy really. But obviously these are testing times within the legal profession and I don’t suppose Leicester is any different from anywhere else in that respect.”