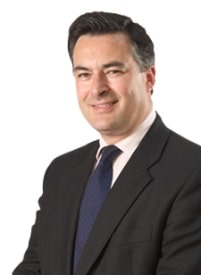 Rathbone Trust Legal Services Limited received an ABS licence from the Solicitors Regulation Authority (SRA) last month, effective from 1 April. It is connected to Rathbone Brothers plc, a City institution with origins dating to 1742, which has funds under management of £34bn.

We reported in 2014 that the company, which employs more than 1,000 people across 15 offices throughout the UK and Jersey, was granted an ABS licence for Rathbone Trust Company, which provides trust, company management and taxation services.

However, according to the SRA, that law firm ceased to practice as of yesterday.

Rathbones has not explained the latest ABS in the same way as it did not do for the previous one when we contacted them, but a closer examination of its public announcements in 2014 reveal that on 1 May 2014, Rathbone Trust Company purchased law firm Rooper & Whately “to add depth to the range of its advisory services”.

Rooper & Whately was founded by trust planning specialists Matthew Wakefield and Julian Whately in 2009. Total cash consideration of £569,000 was paid in two tranches in May 2014. Deferred, contingent consideration of £30,000 was also payable in February 2015. Only one wealth management website seems to have picked up the news at the time.

Mr Wakefield is the head of legal practice of the new ABS, and Bruce Newbigging – Rathbones’ managing director of UK Trust – the head of finance and administration, the same roles they held at the old ABS.

According to Companies House, the pair are directors of the new ABS, along with Mr Whately, Rathbones’ company secretary Ali Johnson, solicitor Christopher Hordern and senior finance manager Andrew Warren.

While the previous ABS was listed as being part of a quoted company, the new one is not.

Rathbone Trust Company’s 2014 annual report said the group had started up Rathbone Private Office, “which aims to better utilise and combine many of the key business capabilities we can offer through our trust, tax and legal services”.

However, it was only in February 2017 that Rathbones formally launched its private office function, which its website said was “specifically tailored to advising families, entrepreneurs, senior corporate executives, financial professionals, resident non-domiciled and overseas investors”.

In a recent statement of annual results, Rathbones reported that its total funds under management had grown by 17.1% to £34.2bn at  the end of December 2016.

Rathbones’ chairman, Mark Nicholls, started his career as a City lawyer at Linklaters before becoming a corporate financier, while also on the board as a non-executive director is David Harrell, the former senior partner of City firm SJ Berwin (as was) who is also the non-executive chairman of listed legal services business Fairpoint Group.