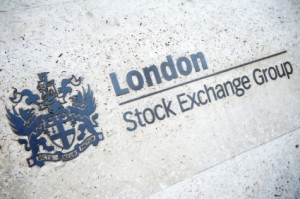 Issuing its half-year results after a busy few months of acquisitions, the AIM-listed company said its income had increased from £1.8m in the first half of 2011 to £45.6m in 2012. Profits were £12.2m.

“Together, these make Quindell the second largest claims management outsourcing business to the UK motor insurance industry and the only organisation ethically addressing the total cost of claims, including personal injury and rehabilitation,” the company told the market today.

“In May 2012 we were pleased to be able to announce that we had won a contract worth c.£120 million over a three-year period, which was the first of what we anticipate will be a number of major deals that use a combination of one or more of our insurance outsourcing service offerings.

“In addition to this major contract, our legal services, accident management and credit hire outsourcing businesses have signed significant new business, increasing run rate volumes towards the end of the period. Key to our success in this division and consequently driving our organic growth is proving to be our ability to convert a high proportion of the opportunities provided by partners in to serviced transactions.”

“This, together with the quality of the end-customer journey we offer, the high levels of customer satisfaction and our long held ethical approach stamping down the cost of claims that is becoming increasingly important as the insurance industry focuses more on these matters, is leading to more partners wanting to use our services. The pipeline is extremely healthy at the moment with over £500m of contracts currently under discussion.”

Rob Terry, chairman and group chief executive of Quindell, said: “The first six months of 2012 have continued the significant progress the group has made since our listing. Our pipeline for new business is strong and we have a significant number of contracts currently under discussion with a number of pilots already underway with key industry participants.

“The exceptional performance throughout the year has meant that we are extremely confident of meeting current year market expectations and, with our growth strategy clearly delivering, also meeting the expectations beyond the current year.”

Meanwhile, delivering Admiral Insurance’s half-year results last week, chief executive Henry Engelhardt said it continued to investigate the possibility of forming an ABS, as previously announced, but did not say any more on the issue.

The company also insisted that widespread speculation that it will be more affected than most insurers by the ban on referral fees in personal injury work is wrong, arguing that it was actually less reliant on such income than others.