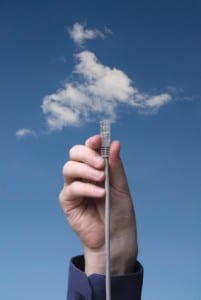 Quindell Portfolio, the AIM-listed business awaiting approval for its takeover of Liverpool law firm Silverbeck Rymer, has completed yet another acquisition by buying a leading claims management company network.

The deal aims to offer claims management companies an alternative once the ban on referral fees in personal injury cases come into force next April.

Intelligent Claims Management (ICM) is one of the largest and fastest-growing cloud-based claims management networks in the UK and its acquisition is being satisfied with the issue of 27m Quindell shares (the current price of which is 8.65p).

The ICM network is a software-based virtual network of independent claims management companies which submit business to ICM’s service providers – solicitors, credit hire companies, medical agencies and others) – and connects everyone involved in the claims process in the same online space, saving time and money.

Quindell’s board said the acquisition will give it a platform to engage directly with a wide range of independent claims management companies and extending its reach more broadly into the insurance supply chain.

In the event that ICM misses either target, Quindell will receive compensation from the vendors in the form of cash equal to the greater of 6.5 x the shortfall relative to either target.

Quindell chairman and chief executive Rob Terry said: “As a result of working with ICM over the past months, a number of joint client contracts have been achieved, validating our shared vision for the use of technology to facilitate change within the insurance industry to stamp down the cost of claims.

“These wins and other initial pilots won independently of ICM with a number of major brands has ensured that July has been the strongest month in Quindell’s history, with regards to all key performance indicators (including profit, cash generation and earnings per share), providing a great foundation for the second half of 2012 and beyond.”

As well as Silverbeck Rymer, Quindell has announced a string of acquisitions over recent months as it seeks to create a comprehensive supply chain to deal with personal injury claims.