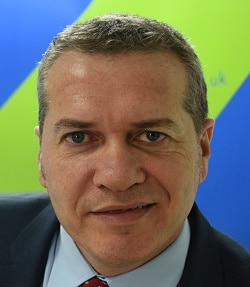 Power: had to expand the services we offer

The founders of an alternative business structure (ABS) which helps insolvency practitioners (IPs) to process mis-selling claims against financial institutions have now launched a litigation fund.

Ferguson Litigation Funding (FLF) is being bankrolled by Steve Clark, founder of investment management company Omni Partners and was formed in the wake of the LASPO exemption for insolvency work coming to an end in April.

A revised version of SIP2 – Statement of Insolvency Practice No2, issued by the Institute of Chartered Accountants in England and Wales – now explicitly urges IPs to consider external sources of funding when investigating litigation against rogue directors or debtors of failed businesses.

The ABS, Ferguson Financial Solicitors, has four directors and was itself a spin-off from City law firm Ferguson Solicitors. The head of all three businesses is Charles Ferguson, who made his name in 2000 by acting for Mr Clark in his high-profile claim against Nomura International, which became the first City bonus claim to come before the UK courts. He is the only solicitor director of FLF.

Ferguson Financial provides FLF with sales, marketing and administration resources, but no legal work beyond risk assessment. Ferguson Financial’s managing director, Maurice Power, told Legal Futures that FLF was a separate business because of the “regulatory complications” there might otherwise have been.

“We work with all the big boys in insolvency,” he said. “We knew we had to expand the services we offer because financial mis-selling will come to an end.”

FLF specialises in insolvency work and Mr Power said that because of the background in mis-selling it was keen on areas with volume and fast turnarounds.

However, FLF is looking at other forms of commercial litigation too and he said half of the approaches received to date – for cases worth from £25,000 to £300m – were for non-insolvency matters.

At the time of speaking, FLF was funding two cases, had offers out on eight and was considering another six.

Mr Power said speed of decision making was a key element of what FLF offered – the first case it is funding was brought to them six days before it had to be issued; a decision was made in three.

He added that FLF would take the risk of adverse costs itself, but would consider after-the-event insurance for larger cases where it became “more affordable”.