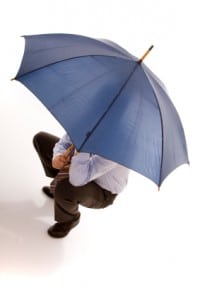 Umbrella: lawyers could give professional cover to other providers

The trust that solicitors engender among their clients should be leveraged, with other services operating under legal professionals’ banner within alternative business structures (ABS), according to the head of one of the newest ABSs.

Paul Bibby, managing partner and head of legal practice at Liverpool-based, nine-partner firm MSB Solicitors – whose ABS, MSB Law, became effective earlier this month – said solicitors should be unapologetic about using their reputation for professional integrity as an umbrella under which other services could shelter.

The three-office firm, which employs 60 people, has not identified specific partnerships yet but was exploring bringing non-legal businesses under the MSB brand, he said, with finance and insurance as possible areas the ABS could target.

“To my mind, when I speak to our clients I believe that we carry a considerable degree of trust in dealing with their affairs and if we can transfer that trust and loyalty, and appreciation of high ethical standards – of which I am a great advocate – into other fields of business then I think that that could enhance their products.

“I do feel that there is still a general belief in the ethical standards involved in the practice of law and lawyers and I hate it when the legal profession lets itself down.”

Mr Bibby said firms would still have to focus on delivery. “I still think it’s important that lawyers for all the new business models deliver with integrity, notwithstanding the fact that we are being criticised for the fact that we are professionals and are supposed to become businesses. I think the professional considerations still underpin integrity and I think that will always be of value.”

MSB applied to the Solicitors Regulation Authority for an ABS licence six months ago. Mr Bibby described the process as “painless”, but pointed out that the firm was already a legal disciplinary practice (LDP), with two non-equity owning, non-lawyer partners – civil litigation partner Éamonn Sexton and the practice manager and the ABS’s head of finance and administration, Jo Dalton.

Other recent ABSs have included Leeds-based firm Travlaw, which specialises in clients within the travel industry. Travlaw’s head of legal practice, Stephen Mason, said the firm was also an LDP, with a non-lawyer partner manager, personal injury specialist Rivka Hawley. He said the firm had no plans for investment or closer connections with travel industry partners.