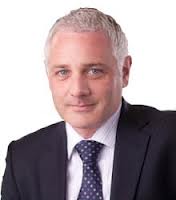 Dalton: ban inducements by all

The Association of British Insurers (ABI) has opened a new front in its ongoing battle with the Law Society by arguing that solicitors’ representative body should not automatically receive a cut of the practising certificate (PC) fee.

The issue of the PC fee supporting representative activities, rather than purely regulatory ones, is also in the sights of the Legal Services Board, which says it has contributed to the high cost of practice.

Around 20-25% of what solicitors pay goes to the Law Society rather than the Solicitors Regulation Authority (SRA).

Speaking at the Motor Accident Solicitors Society annual conference in London on Friday, James Dalton, the ABI’s head of motor and liability, said that as part of the government’s review of regulation, “the profession might be asking whether now is the time to sort out once and for all the difference between regulation and representation”.

He said: “It strikes me as odd that part of a solicitor’s practising certificate fee goes to fund the Law Society, which is little more than a trade body. It undertakes no regulation of the profession. Indeed, that’s what the SRA is for.

“So when firms’ budgets are tight, why is it that a solicitor has no choice about whether to become a member of the society? The ABI – particularly because we are a trade body ourselves – is perplexed by this arrangement.

“Membership of a trade body should be voluntary on the basis of the value provided to members. If solicitors think the society appropriately represents their views they will join. If not, they won’t. But the fact that membership remains compulsory seems, to me at least, to be a product of its time.”

He made an oblique reference to the Law Society’s ‘Don’t get mugged by an insurer’ advertisement, to which the ABI strongly objected, when he said: “We haven’t pretended that the blame all lies elsewhere by, for example, running distasteful and completely misleading advertising campaigns or simply burying our heads in the sand in the hope that all the problems might go away.”

More broadly Mr Dalton questioned whether it is an “efficient, effective or the best use of scarce resources to have 13 approved regulators all overseen by the Legal Services Board”.

He was also critical of the Solicitors Regulation Authority and Financial Conduct Authority (FCA) for not following the lead of the Claims Management Regulator in banning inducement advertising.

Highlighting the need for regulators to work together, he said: “Why is it, for example, that a CMC is banned for offering inducements but solicitors and insurers are still able to do so? It makes no sense at all. And it does nothing to stop unscrupulous claimants from making a fraudulent or exaggerated claim.

“Also, is it still appropriate for the Claims Management Regulator to continue to be a part of the Ministry of Justice? Or might they be better merged with the FCA to get the advantages of an agency with scale and resources?”

Mr Dalton acknowledged the insurance industry’s shortcomings as well. “Some of our own practices have led consumers to doubt their trust in us, question whether we are an industry with integrity and ask whether they can be confident that we operate in a way that is fair,” he said.

However, the industry has been reflecting on what needs to change, he explained, and is starting to address issues such as reshaping the credit hire and repair markets, looking to strengthen the code of practice on so-called third-party assistance and working with the likes of MASS, the Association of Medical Reporting Organisations and Forum of Insurance Lawyers to address whiplash.

“We were never going to agree on what should happen to the small claims limit. But we did come together to develop a consensus on what a model for reforming the medical reporting system might look like and provided that to the government.” He noted that this was acknowledged in last week’s government response to the whiplash consultation.

In his address to the conference, Law Society chief executive Des Hudson criticised the ABI for failing to share data with claimant solicitors to help combat fraud, but also said Chancery Lane has been studying “very carefully” the insurance industry’s campaign tactics over recent years to learn how better to influence policy making.

He suggested that July transport select committee report and last week’s government announcement on whiplash indicated that the “high water mark” of insurers’ influence had passed.

The society’s next step, Mr Hudson said, would be to call on the profession to help gather “factual evidence about where there are excesses, injustice and wrong practice”, which will be used to persuade politicians that the recent reforms went too far. It will also be emphasising Lord Justice Jackson’s precondition that his reforms should sit aside “a properly functioning civil legal aid system”.

Meanwhile, Mr Hudson also said the model of guaranteeing clients 100% compensation will be “impossible to sustain over the medium term”, and revealed that the Law Society is to launch a costs section “to build awareness, to encourage debate and share best practice on how to operate within this new costs regime”.

He said: “We should use this new costs regime knowingly, sensibly but to our own interests.”