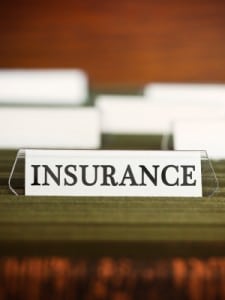 The Association of British Insurers (ABI) has joined the chorus of criticism of the Solicitors Regulation Authority’s (SRA) decision to cut the minimum level of professional indemnity insurance to £500,000.

It comes as the detail of the SRA’s consultation on the issue showed strong opposition to the move, with only 34 of the 142 responses supporting it and 92 against, with the rest unsure.

Among those opposed were the Law Society, Legal Ombudsman, Legal Services Consumer Panel and Council of Mortgage Lenders. It is one of the biggest response rates the SRA has received to a consultation.

In its press statement last week after the board meeting where the decision was made, the SRA did not acknowledge the strength of opposition on this point. It said: “The majority of responses to our consultations agreed with our aim of reducing the burden of regulation. However, some stakeholders disagreed with the proposals we made.”

Attention will now move to the Legal Services Board, which has to approve the change soon for it to come into effect on 1 October 2014.

James Dalton, the ABI’s head of liability insurance, said: “Reducing the minimum level of PII cover for solicitors does not change the risk profile of the firm and only increases the risks to consumers if things go work.

“Consumers will end up paying the price because the SRA thinks solicitors should save money rather than protect consumers. The SRA is misguided in thinking that lowering the limit will lead to a meaningful reduction in premiums for small firms.”

Mr Dalton noted that the SRA has not made a final decision on whether consumers for whom the lower PII limit is insufficient will be able to make a claim from the compensation fund.

“If they can, this will result in an increased levy on those firms who make prudent and sensible arrangements for their own PII cover,” he said.

Mr Dalton said the Legal Services Board “needs to ask itself whether the SRA’s proposals are a good outcome either for the legal profession or, more importantly, the profession’s customers”.

There have been many questions about whether the reduction in the limit will lead to reduced premiums. In papers before last week’s board meeting, the SRA said broker Marsh anticipated savings of 5-15%, “although they are likely to be at the lower end of the range”.

QBE, currently the largest insurer in the market, said the reduction “would likely result in premium reductions of no more than circa 15% at best”.

The SRA said: “We do not consider that as an initial step in reforming the market, such a price reduction is insignificant, especially for a small firm.”

Many of the criticisms have focused on conveyancing because of the level of house prices, but an SRA analysis of claims data estimated that “over 99.99%” of conveyancing negligence claims would fall within the £500,000 limit.

Addressing the concern that the change would make lenders cut their conveyancing panels, the SRA said “a number of large lenders have stated to us that they remain committed to maintaining a large panel of firms regardless of these proposals” – especially as the regulator has put its other planned changes to PII on hold for a year.

The SRA emphasised that £500,000 is just the minimum and there was no reason to believe that firms wanting to continue at the current levels would lose out.

“Reaction from the market will vary – for example, one large insurer indicated in their response that they will be unlikely to offer coverage under £1m. However, this will be the first time that insurers will be able to compete on coverage terms given the new limit, and we will need to monitor the market and ensure the next stage of reforms takes into account any developments.”