ABA: US lawyers can share fees with ABS non-lawyers 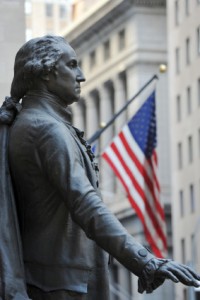 Opinion: risk to US lawyers of improper influence “minimal”

An American Bar Association (ABA) ethics opinion has opened the door to US law firms sharing fees with counterparts in the UK, even when non-lawyers within alternative business structures (ABS) will also benefit.

The ABA’s conduct rules – known as the Model Rules – prevent fee sharing with non-lawyers, but now in some circumstances a single billing to clients will be permitted even though fees will be shared with non-lawyers in jurisdictions with no such rule, it decided.

The ABA’s standing committee on ethics said: “Where there is a single billing to a client in such situations, a lawyer subject to the Model Rules may divide a legal fee with a lawyer or law firm in the other jurisdiction, even if the other lawyer or law firm might eventually distribute some portion of the fee to a non-lawyer, provided that there is no interference with the lawyer’s independent professional judgement.”

The opinion gave the example of a breach occurring that involved lawyers working in the District of Columbia – a jurisdiction that permits non-lawyers who perform professional services “which assist the organisation in providing legal services to clients” to hold a financial interest in a law firm. But it acknowledged the same would apply in overseas jurisdictions that allow non-lawyer ownership – such as an ABS the UK.

Requiring US firms to sidestep the ABA rules and insist clients retained lawyers who shared fees with non-lawyers separately “would likely annoy clients and add unnecessary complexity to a common arrangement with no constructive purpose”, it said.

It went on: “A contrary conclusion would also unreasonably impair the ability of lawyers to work alongside lawyers in firms that may be best suited to serve a particular client or resolve a particular matter.

“If a lawyer in a Model Rules jurisdiction cannot work with other lawyers from… the other jurisdictions where law firms are permitted to share fees with non-lawyers, clients would be deprived of the services of those lawyers with no real benefit to those clients or the legal system”.

But it stressed that US lawyers would still have to comply with rules on maintaining professional independence and “must not permit a non-lawyer in the other firm to interfere with the lawyer’s own independent professional judgement” – although it recognised that “the actual risk of improper influence is minimal”.

Separately, the head of the California State Bar has urged US lawyers to re-position themselves as “problem solvers and peacemakers” to shake off their adversarial reputation in the media.

Writing in the California Bar Journal, Patrick Kelly, president of the California Bar, said that although a trial lawyer himself, he believed the there was a pressing need for a change in approach to client service and lawyers’ image.

He said: “It is time to refocus our thinking to include a more vital need in the current social and economic climate – our responsibility to act as problem solvers and peacemakers… With the decline in available court resources, this need is more critical than ever.”

He continued: “If we, as attorneys, can address this need ourselves, not only will the public be better served but, in time, the public will recognise this added dimension and its positive impact on our service to them – and to our image as attorneys in the community.”