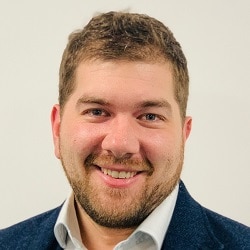 Fitzgerald: Our panel is key to our strategy

A “new type of law firm is needed” to respond to next year’s personal injury (PI) reforms, National Accident Helpline said yesterday as it confirmed its ‘small claims-ready practice’ would open in April.

The wholly owned alternative business structure (ABS) – which was first announced nearly a year ago – will be called National Accident Law and focus on cases that next year will be small claims under the whiplash reforms.

This will include “the provision of a bespoke online platform for case management and a commitment to cutting out unnecessary paperwork for customers.

“The company will work to ensure that its customer-facing documents and processes are accessible and straightforward.”

The firm will sit alongside the two joint venture ABSs the company already has: Your Law, in association with NewLaw Solicitors, and National Law Partners, in partnership with Lyons Davidson, act as regular panel firms.

NAHL plc – the claims management company’s parent – released a video that said consumers risked being disadvantaged by next year’s Civil Liability Act reforms “and the ability of traditional law firms in the market to best serve their needs”.

It continued: “We passionately believe that we are uniquely placed to deliver the solution thanks to the strength of our brand, our deep knowledge of PI and the high trust that we enjoy with our consumers.”

The new firm would allow NAHL “to optimise the customer experience”, whilst retaining a greater proportion of the fees and “creating maximum value for our shareholders”.

It claimed NAHL was “challenging market norms” and said there were “long-term growth opportunities” in serving the small claims market.

NAHL said the new firm was expected to deliver “materially enhanced profits and cash flow in future years as the profile of cases being processed by National Accident Law matures”.

A restructuring of NAHL’s PI division will see Simon Trott as CEO, overseeing two business units: National Accident Helpline, with Tom Fitzgerald moving from finance director to replace Mr Trott at the head of the CMC, and Legal Services.

Adam Nabozny will move from his current role as partnerships director to become managing director of this unit.

NAHL has continued to stress that its law firm panel remains key to its plans, despite the drop in appetite for new cases that it predicts will occur after April 2020.

Mr Fitzgerald said: “Our panel is key to our strategy and we will be working closely with new and existing firms to continue building new and collaborative ways of working together.”

Mr Trott added: “We are well positioned to take full advantage of the changes within the PI sector. We have the distribution, infrastructure, people, and technology which is needed to be the market leader.”

The creation of National Accident Law will include the introduction of a learning academy to coach, mentor and develop staff and to offer apprenticeships to both existing and prospective employees.

Despite the changes, NAHL’s share price continues to suffer. Back in October 2015, it reached a peak of 404p, but closed 2018 at 107.5p. It has since slid further – in the wake of a profit warning last month – and closed yesterday at 78p.

Meanwhile, Anexo Group plc – the credit hire and legal services business that listed last June and owns Liverpool law firm Bond Turner – issued a positive pre-close trading update for 2018, saying that it expected to report adjusted profit before tax of not less than £16m, slightly ahead of current market expectations.

“FY-2019 has started strongly with continued investment into the group’s credit hire fleet. In addition, positive momentum is being made at Bond Turner… in particular at their new regional office in Bolton.

“Recruitment at this office continues to be a key focus and it is anticipated that the current 25-strong team of solicitors, qualified legal executives and litigation specialists will double in the coming months, allowing the Group to process an increasing volume of cases.”

Elsewhere, an update from Watchstone Group – the company formerly known as Quindell – revealed that disclosure process has begun in the claim being brought by Slater & Gordon (S&G) for fraudulent misrepresentation as the case moves towards trial later this year.

“Our position remains that Slater & Gordon’s allegations of deceit and the associated breach of warranty claim are wholly without merit and should never have been advanced.

“During the year, significant costs have been incurred in defence of this claim and we continue to bolster the provision for legal costs in anticipation of a trial commencing in October 2019.

“In parallel, we continue to pursue any deferred consideration due from Slater & Gordon in respect of the disposal of the [professional services division sold to S&G].”

Watchstone added that the Serious Fraud Office investigation into events at Quindell was still ongoing.

Finally, Ken Fowlie, who moved over from being chief executive of S&G in Australia to the same role in the UK in 2015, has left the business, although will remain on the UK board as a non-executive director.

An S&G spokesman said: “Ken has decided he wants to move on from his current role and look for new opportunities outside of the company.”

Current chief executive David Whitmore said: “Ken has contributed a huge amount to the S&G business and led the UK through the extremely challenging 2015-17 period, steering the company to new ownership and providing a platform for what we all expect be an exciting future. We wish him every success in the future.”

Mr Fowlie’s most recent role was as managing director of consumer legal services, and he has been replaced by Angus Eaton.