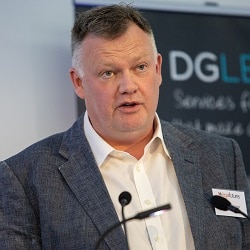 Gilmore: Myth that rules only apply to prices

The vast majority of law firms are still failing to comply with the SRA rules on price transparency, a survey has found.

The news comes with the regulator planning to step up its checks.

Law firm consultancy DG Legal’s survey of 422 websites last month showed that around 90% of firms were not complying with the price transparency rules, mainly by either not giving enough information or not making it sufficiently prominent, rather than not publishing anything.

Almost three-quarters (72%) failed to comply with rules on publishing information about complaints handling, again generally by not providing enough information or making it easily found.

Around a quarter of firms were not displaying the SRA’s digital badge or their SRA number either at all or in a sufficiently prominent manner.

Also, 26% of firms did not have secure websites, in breach of the Data Protection Act.

A third of firms used logos incorrectly, either displaying the Law Society or SRA logos, which they are not allowed to do, or by using out-of-date accreditation logos.

DG Legal director David Gilmore said the survey showed that most law firms did not understand the transparency rules.

“There is a myth that the rules cover only prices. The rules also cover use of the digital badge, complaints handling, and the firm’s SRA number.

“The SRA has been contacting firms that aren’t fully complying with the rules asking them to comply within a period of one month.

Mr Gilmore said the SRA should provide guidance on what it considered to be ‘prominent’ – leaving this undefined was causing avoidable problems.

He also suggested that it was being overly finickity in places, such as requiring firms to spell out that VAT is 20%.

The SRA’s draft business plan for 2020/21, currently out for consultation, says it will increase resources to its rolling programme of reviewing law firm websites and instigate enforcement action if necessary.

Mr Gilmore added: “Whilst the SRA has postponed any further sweeps during the current crisis, they are pressing on with enforcement action against firms that they’ve previously identified as non-compliant.”

The survey found that compliance with the price transparency rules fluctuated, depending on the kind of legal work involved.

The lowest level of compliance was found in motoring offences at only 4%, followed by immigration work at 6%.

Conveyancing and wills and probate work were slightly better at 8%, while licensing applications were best of all at 11%.

Mr Gilmore advised compliance officers to familiarise themselves with the rules on the SRA’s website and “use this quieter period to get their websites compliant”.