71 bang on the drum for freelance solicitor status 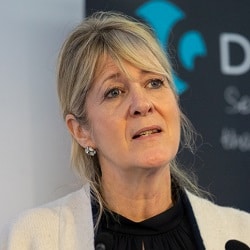 Some 71 solicitors have so far taken advantage of new rules allowing them to practise as freelancers, it has emerged.

The Solicitors Regulation Authority (SRA) is also to issue several pieces of new guidance to aid understanding of the Standards and Regulations (STaRs), which went live in November.

Freelance solicitors are self-employed solicitors who practise on their own and do not employ anyone else in connection with the services they provide; practise in their own name, rather than under a trading name or through a service company; and are engaged directly by clients with fees payable directly to them.

Carol Westrop, the regulator’s head of legal policy and advice at the SRA, told yesterday’s Legal Futures Compliance and Regulation Conference in London that of the 71 freelance solicitors “on our books”, 18 have secured indemnity insurance to carry out reserved work.

“We are pleased to see some insurers (including non-SRA participating insurers) now offering cover and we are engaging with the market to ensure the model is fully understood. But we can see – like ABSs – this might take some time as insurers assess the risks.

“We expected the trajectory of this to be relatively slow, which is what we’re seeing.”

Speaking in the same session, David Gilmore, director of legal strategy and compliance consultancy DG Legal, said he had taken a dozen queries from solicitors interested in going freelance, but none of them had gone ahead.

“The main obstacle is the rule that freelancers cannot employ anyone else. We work with one of the world’s top intellectual property lawyers. He’s very keen to take up the freelance model, but when he was told it would be difficult for him to bring his PA or his secretary, that knocked it dead.

“I hope one of the things the SRA will review in a year or so is making that requirement more flexible.”

Ms Westrop said the SRA was working on 20 pieces of guidance to help solicitors better understand and take advantage of the STaRs.

Among the issues they will tackle are acting independently as an in-house lawyer, identity checks, solicitor’s undertakings, and pro bono work, in partnership with LawWorks.

One issue where Ms Westrop said the SRA has already revised its guidance was conflicts of interest, following a complaint from the City of London Law Society that initial guidance issued with the STaRs was not clear enough.

This was mainly on how the duty not to act in a conflict overlapped with the duty of confidentiality and what the “effective safeguards needed to protect your clients’ confidential information” were when acting under one of exceptions in rule 6.2.

In another area, publicity, Ms Westrop said the ban on cold calling continued in the STaRs, but this had been wrongly interpreted by some to mean a ban on all advertising.

Fresh guidance was issued in December to “make it clear that what we’re concerned about is targeted communications to people individually”, for example victims of norovirus on a cruise ship.

Ms Westrop said the SRA was “still getting queries” on publicity, particularly online approaches and the use of social media. She said the regulator would be issuing further guidance on digital marketing in the next few months.

The warning notice on non-disclosure agreements (NDAs) issued in 2018 will be revised and expanded in the coming months as well, as will the notice on high-risk investment schemes.

In general, Ms Westrop believed the introduction of the STaRs had gone “quite well”, with 3,000 calls to the ethics helpline in November and 400 emails and letters for the team to deal with.

Ms Westrop said the STaRs pages on the SRA’s website have been visited over 500,000 times since the launch.

She added that there would be a review of the policy on publishing enforcement decisions, while the STaRs will be evaluated after one, three and five years.

The earlier reviews will look at take-up and the direction of travel of the reforms, while longer term the SRA hopes to assess the impact of each reform and ultimately what impact the overall programme has on the market.