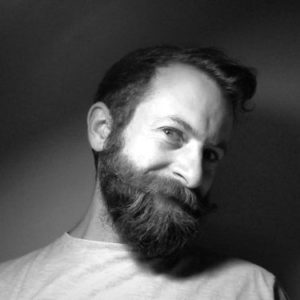 Software or data analysis techniques that could help flag up fraudulent legal aid claims or predict the likelihood of someone re-offending are outcomes the Ministry of Justice is hoping could come from a hackathon it will hold later this month.

According to the organisers, the free event, Hacking justice: data in the dock, which will take place in London across the weekend of 18-20 March, is already over-subscribed, with the 50 designated tickets already allocated and a waiting list of 20 people hoping to take part.

Edward Andress, a software developer at MoJ Digital – the section responsible for implementing the government’s ‘digital by default’ strategy in the ministry – is leading the hackathon. He told Legal Futures that participants will range from novice software developers to experienced data scientists. Two retired mathematics professors, one a fellow of the Royal Society, will also take part.

Mr Andress stressed that it was not just software that attendees would be asked to produce, although that could be one of the outcomes. “What we are really looking for is a novel way of analysing data or building a different way of using the data to in order to predict something.

“So it might be that what comes out of it is not so much immediately usable, but is something that can then be taken by people in the MoJ and developed further into something that is usable…

“The best-case scenario for any of these problems is that someone comes up with an idea that I couldn’t, or haven’t, possibly thought of which is brilliant and makes us think about things in a totally different way.”

He rejected the notion that the government was hosting a hackathon in order to obtain the services of idealistic techies for free. He pointed out that hackathons were increasingly commonplace across the private sector and were used by all the large tech companies to encourage creative thinking.

He added: “We are inviting people in and they are signing up willingly because they are excited to get involved with projects that could have really positive impacts on people’s lives. They are enthusiastic about data, about our subject area, and we are really enthusiastic to have them involved.”

In terms of reducing risk to the legal aid fund, Mr Andress said it was common ground that avoiding fraudulent claims was in the public interest. “A good scenario for this specific challenge is that somebody builds a tool that can automatically flag a claim, or a bunch of claims, as being potentially fraudulent, which could then be referred to a human to analyse. It would be a warning system.”

The event will begin with an evening briefing at the MoJ. On the Saturday and Sunday, it will move to the premises of the software developers’ ‘boot camp’, the Makers Academy in Shoreditch, east London.

As well as attendees being “invited to pitch their ideas” on the first evening, employees of the MoJ would be invited to do so also, Mr Andress said.

On the same weekend, a hackathon will be held in an effort to produce IT that will help clients of Hackney Law Centre.