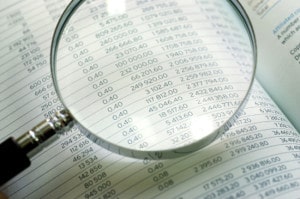 A sole practitioner who made a “conscious choice to prop up her practice with client funds” has been struck off by the Solicitors Disciplinary Tribunal (SDT).

The SDT found that Harvinder McKibbin’s misconduct extended over roughly two years and she “could not have had a realistic expectation of being able to reimburse what she had taken because of the financial state of her firm”.

The tribunal said Ms McKibbin was “not inexperienced” and considerable harm had been caused to the reputation of profession because she had “dealt with client money for her own purposes”, harm which was reasonably foreseeable.

“The position was aggravated because dishonesty had been alleged and proved and misconduct was repeated and continued over a period of time.

“The respondent had also appeared previously before the tribunal and it could have been expected that following that appearance relating to filing of accounts she would have been more careful about keeping her financial house in order in future.”

The SDT heard in McKibbin v SRA (case no.11306-2014) that Ms McKibbin was admitted to the roll of solicitors in 2001 and set up her own practice, Harvey McKibbin Solicitors, in Lichfield in 2007.

In May 2014 an officer of the Solicitors Regulation Authority (SRA) began an inspection of the firm’s books of accounts, leading to a forensic investigation report.

Ms McKibbin admitted all the allegations made against her by the SRA, apart from acting dishonestly. The allegations related to various breaches of the Accounts Rules 2011, including failing to remedy breaches of the rules promptly on discovery and withdrawing money from client account in prohibited circumstances.

In particular she transferred sums ranging from £100 to £900 on 12 occasions between April 2012 and July 2013 from client to office account. She did not keep proper records of what she transferred and estimated that in total there was a shortage of £15,000 to £17,000.

In her mitigation, Ms McKibbin wrote to the tribunal that “as a true sole practitioner, matters had become a bit too much being on my own with no support, and for this I’m truly sorry. This situation had an adverse effect on my health, both physically and mentally, and I was under an enormous amount of stress over a prolonged period of time. It was this atmosphere that produced actions that are completely out of character.

“I would also like to ask the tribunal to take into account that, throughout my entire time in private practice, I was an excellent practitioner and gave the highest standards of service to my clients. Despite being unique in offering my clients a complete money-back guarantee on my service (and thereby actively encouraging them to complain), I did not receive a single complaint in respect of my practice.”

On the question of dishonesty, the tribunal said it was “satisfied that by the ordinary standards of reasonable and honest people they would feel that it was dishonest for a solicitor to use client money to prop up their practice”.

The SDT agreed with the SRA that Ms McKibbin had “made a conscious decision to pay her creditors out of client funds, that there was a course of conduct extending over approximately two years and that she could not have had a realistic expectation of being able to reimburse what she had taken because of the financial state of her firm”.

The tribunal went on: “While intent permanently to deprive was not a requirement for dishonesty, the tribunal considered that in this case the unlikelihood of repayment and the fact that if she was in a position to make repayment the respondent did not do so, were factors in applying the subjective test.”

Ruling that the subjective test for dishonesty had been met, the SDT said: “Her personal mitigation related to her parlous financial situation and her ill-health in the main but her medical evidence was not such as to remove the mental element forming subjective dishonesty.

“The tribunal found there to be no exceptional circumstances in this case and determined that the respondent should be struck off.”