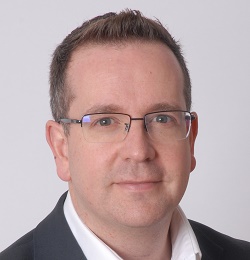 Quinn: Essential to have qualified solicitors helping with implementation

A legal tech business spun out of a law firm run by a former City solicitor and his technologist brother has secured £3.1m in private equity investment.

James Quinn, co-founder of Clarilis, said the company had come into being “almost by accident” as a result of requests from law firms.

Clarilis works mainly with top 100 law firms, providing them with a document automation and implementation service.

“This technology has been around for 20 years in one form or another, but it is the implementation pain and method of automation that have been the traditional barriers,” Mr Quinn said.

“All the big firms have taken out at least one licence for automated documents, but this does not mean successful implementation in a way that saves time and money.

“Technologists may be first rate and know what they’re doing, but you have to have legal skills to understand legal problems. It is essential for us to have qualified solicitors in our team.”

Mr Quinn said liaison between Clarilis and its law firm clients involved teams of professional support lawyers talking to each other. He said that around a quarter of the 40 staff at the tech firm’s Birmingham HQ were lawyers.

After qualifying at Slaughter and May, he became a corporate tax lawyer at Eversheds and went on to set up his own law firm, Legal Clarity, with his programmer brother Kevin in 2007.

Legal Clarity, a boutique corporate law firm, is based in Birmingham city centre and is owned by the Quinn brothers, though James said the aim was for the relationship to be “arm’s length”. It became an alternative business structure in 2012 to enable Kevin to own shares.

James said the firm developed its own document automation software and was soon “delivering things very fast in the market, with pricing that reflected this”.

Discussions with other law firms led the firm to license some of its technology to them – its first customer being the firm now known as Shakespeare Martineau.

Other clients, such as Gateley, followed quickly and Clarilis, which was set up in 2015, now has around 20 clients in the top 100, including Herbert Smith, Baker McKenzie and Addleshaw Goddard.

Mr Quinn said the new investment from NVM Private Equity could enable Clarilis to expand from 40 staff to 60 by the end of 2018 and increase its work with general counsel at large companies.

“There was so much interest that we had to go for funding,” he added. “Our goals are to scale up, meet current demand and attract new clients”.

Jason Warren, investment associate at NVM, said the legal services market was at a “really interesting” stage, with pressure on firms to compete on price and adopt new technology.

He said the impact of Brexit on the legal sector would not be known for some time, and despite “so much uncertainty” could create more legal work, for example in amending contracts.

Tim Levett, chairman of NVM, has joined the board of Clarilis.