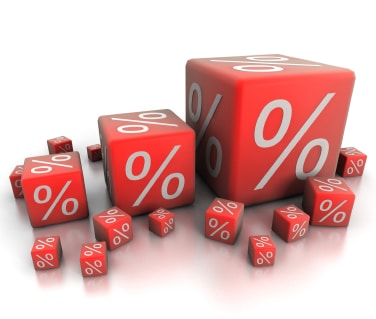 A solicitor who instituted a practice of “gross overcharging” in clinical negligence cases so as to maximise profits has been fined £30,000 by the Solicitors Disciplinary Tribunal (SDT).

Hull-based Rapid Response Solicitors had a standard approach of setting charge-out rates in its conditional fee agreements of £400 an hour – even for unqualified staff – with a 100% success fee.

The SDT said founder and controlling partner Andrew Mark Cyril Good “deliberately insulated” the costs department from the rest of the firm so as to prevent it from seeking information from fee-earners that might have led to questions.

“He had created guidance documents that were designed to restrict independent thought and to maintain a charging process he knew to be producing inflated and unjustifiable bills of costs,” it said.

“He had demonstrated a calculated disregard for practice directions so as to create a lack of transparency intended to obscure from the paying party the true level of experience and ability of fee-earners in order to attempt to charge wholly unwarranted excessive and preposterous costs.”

Mr Good, who was admitted in 1998, founded the firm in 2003 and it became an alternative business structure a decade later. In 2014, it was acquired by Neil Hudgell Solicitors. The conduct under scrutiny was before the sale.

Figures provided to the tribunal by Acumension, a costs firm that works with the NHSLA, showed that Rapid only recovered £1.5m of the £6.5m in costs that it had claimed.

It reached the stage where Acumension instituted a ‘no offer policy’ in claims involving Rapid because it “could not trust any of the bills” being submitted.

Mr Good told the SRA that he decided on an hourly rate of £400 – nearly four times the guideline rate for unqualified fee-earners – after reading online that this level was being charged by others, although he had no evidence to back this up.

He charged a 100% success fee on the basis that all clinical negligence claims were complex. There were no risk assessments carried out beyond the initial decision on whether to take a case.

The bills were designed “simply to maximise profits which he was the direct beneficiary of receiving”, the tribunal held.

“The hourly rates charged at his direction were entirely unfounded and, in the circumstances, excessive and often grossly excessive per se. That position was made all the more egregious when the unmeritorious 100% success fee was applied.”

The charging structure had drawn criticism from six costs judges and also attracted national newspaper coverage in 2014, with the Sunday Times highlighting its work – including costs of £83,000 for a claim where damages were £1,000 – as an example of why the NHSLA was pushing to control legal costs.

The SDT concluded: “Members of the public, whilst they viewed solicitors’ bills as expensive, would not expect a solicitor to institute a policy that led to charges being levied at almost four times the acceptable rate and to then charge a 100% uplift to what were already grossly excessive charges.

“Further less would they expect such charging practices to be levied against the NHS.”

Ultimately, due the court process, there was no suggestion that Rapid ever received costs that were otherwise than reasonable and proportionate, and the tribunal commended Mr Good for eventually reducing the rate to £250 an hour and applying the principles laid down in a case the firm brought about the applicability of summary guideline rates to multi-track cases.

“The tribunal determined that whilst members of the public would disapprove of the charging practices initiated by the firm, they would not find his conduct to be dishonest.”

It said that, while “desire for profitability itself was not a reason for criticism”, Mr Good had lost sight of his professional obligations as a result.

In deciding that a large fine was appropriate, the SDT said Mr Good’s misconduct was “unlikely to be repeated”, while the fact there was not similar allegations against the firm’s personal injury work showed “the limited extent” of his lack of integrity.

The tribunal also rebuked Victoria Elizabeth Fear, who trained at the firm and qualified in 2009, was the second most senior solicitor at the practice and was its COLP towards the end of its existence.

She admitted that, by not investigating the issues around the hourly rates and success fees in accordance with her role as the COLP, she had failed to behave in a way that maintained the trust the public placed in her and in the provision of legal services.

Recognising that she had no specialist knowledge of costs and had been deliberately shielded from what was going on in the department, the SDT determined that her misconduct was at the lowest level and accepted that Ms Fear took her responsibilities as COLP seriously. But it also banned her from taking on a COLP or COFA role for two years.

Finally, the tribunal cleared Danielle Park, who qualified at the firm in 2012, and was head of its costs department since 2010.

Though it found she knew the hourly rates were excessive, it was not sure whether she appreciated that the success fee was as well – and because of the way the charge against her was framed, requiring both elements to be proved, the SDT said it had to clear her.

The tribunal ordered that the SRA’s claimed costs of nearly £300,000 be subject to detailed assessment, with Mr Good set to pay 75% of the final sum, Ms Park 20% – as dismissal of the allegations against her were as a result of their drafting – and Ms Fear 5%.

The SRA is appealing the decisions in relation to Mr Good and Ms Park, it has now been confirmed.

There were also questions over the role of Capsticks, which acted for the SRA in the proceedings and also for the NHSLA in some of the cases that were under scrutiny.

While it did not accept there was a conflict, Capsticks told the tribunal that the prosecution case would not rely on any cases where it acted.

An SRA spokesman said: “We have established procedures in place to make sure there are no conflicts of interest, or perceived conflicts, in our processes. These include experienced in-house capability and the use of external counsel.”