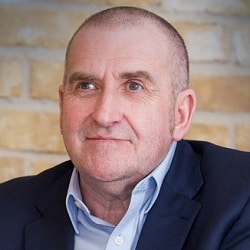 As many as 3,000 law firms could be forced to close or merge over the next few years after the conveyancing bubble bursts and the recession really kicks in, a leading law firm consultant has warned.

Viv Williams said many firms had used Covid loans to pay for this year’s indemnity insurance and were “riding it out, hoping things will improve”.

However, he said the conveyancing “bubble” would burst when the stamp duty holiday ended next year, and the government Covid loans would have to be paid back in the second quarter.

“Family and conveyancing have gone well but company and commercial have collapsed, along with commercial property.”

Mr Williams, who founded Viv Williams Consulting this summer, said the whiplash reforms in April next year would add to the challenges facing law firms, along with the prospect of another big hike in indemnity insurance premiums.

“I think about 3,000 law firms will not survive the next few years [there are currently some 10,000 in all]. They will either close or merge.

“They should be thinking strategically and taking tough decisions. Most of them have done OK by furloughing staff, closing offices and taking rent reviews, but where do they go from here?”

Mr Williams said a survey of 210 law firm clients of his consultancy found that more than 60% had furloughed staff since the pandemic began, and half of those firms did not expect to re-employ their full complement.

Almost half (45%) had permanently laid off back-office personnel, while three-quarters had cut or terminated their marketing spend.

A further 45% of firms were looking at options to restructure or redevelop their business, while 35% were considering closing or disposing of their firm. Only 20% thought their law firm would remain unchanged by the pandemic.

Mr Williams said the firms involved in the survey had an average turnover of £2m to £5m, with only one having a turnover of over £20m. Three-quarters handled conveyancing work.

He said his consultants were noticing that billings were suffering because fee-earners had lost much of their back-office support and managing cash flow had become “a major preoccupation”.

The survey found that compliance was becoming more difficult because so many staff were working remotely or furloughed and internal communications problems had grown as managers found themselves “overwhelmed by the tactical issues” associated with keeping the business functioning normally.

Business development and long-term strategic objectives were being lost as resources were entirely taken up by day-to-day tactical management.

Mr Williams said law firms involved in conveyancing had seen increases of 30% to 50% in their indemnity insurance premiums this year, a big change from the “soft” insurance market which had existed for the past 20 years.

He said firms should consider transferring their back-office functions into a separate business to reduce their turnover for indemnity insurance.

Mr Williams said everyone in the world of law firm merger advisers had more buyers than sellers. He expected to complete eight mergers in a normal year, but this year had only completed two.

“I’ve had loads of meetings, but nobody is taking any action. Hopefully in the New Year more firms will make a decision on what they want to do.”