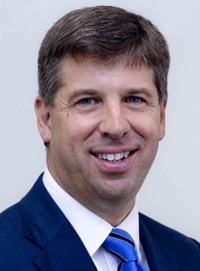 Only three in ten people who have a legal issue seek advice, and of them just over half go to a lawyer, the biggest ever survey of individuals’ legal needs has found.

The poll of 8,192 people also found that assuming that services would be too expensive was the most common reason for not using solicitors.

Commissioned from IPSOS Mori by the Legal Services Board and Law Society, the survey found that the first hurdle was for people to realise that the issue they faced – they were presented with 29 categories of work – was legal in nature; only 25% said they did.

Just over half (54%) of respondents had experienced at least one legal issue in the previous three years, the most common being consumer problems, moving house, making a will, probate, neighbor disputes, and benefits.

People took action to handle the majority of legal issues – for 13% of issues people did nothing, in 31% they handled it alone, and in 15% they sought help from friends and family. Formal advice was obtained for 30% of issues; in a further 5% of issues, respondents tried and failed to get advice, while in another 5% they tried to handle it alone but then sought advice.

When people did seek help, prior direct experience of using a provider was the primary means of finding one, followed by an internet search, recommendations from a friend or relative, knowledge of the provider without personally using them, and a referral. When choosing an adviser, respondents most frequently looked for relevant services and proximity.

As well as a regulated legal professional, advice agencies, local councils, trade unions and professional bodies were among the sources people turned to.

Where the consumer paid for services – and they only did so in 38% of issues – unregulated providers were only used 6% of the time, although more than half of respondents (52%) did not actually check whether their adviser was regulated.

Nearly 60% of those who paid were quoted a fixed fee that did not change, while 18% of those using lawyers agreed an unbundled form of provision.

Overall the research found “high satisfaction rates for all aspects of the services provided” – 78% of people were satisfied with the quality of the advice and only 7% dissatisfied. Two-thirds were satisfied with how their issue had been resolved or was turning out, with those who obtained advice the most satisfied.

The main causes of dissatisfaction were claims about delays, mistakes or that the person dealing with the issue did not seem to know what they were doing – but 42% of those who were dissatisfied took no action. Where they did complain, the most common form of redress was an apology.

Legal Services Board chairman Sir Michael Pitt said: “Access to justice is a fundamental right but many people do not seek legal advice for a variety of reasons.

“Lack of information on legal rights and what legal services are available, the assistance they could provide, as well as preconceived expectations of the cost of legal services are among the main factors that influence whether legal advice is sought.”

Law Society president Jonathan Smithers said the survey highlighted the benefits of obtaining expert legal advice, along with the need to raise awareness among the public of legal issues and how they can access advice – as well as public confusion about unregulated services.

“The survey reveals the complexity and diversity of legal needs. It provides information and insight to solicitors that will support their continued efforts to improve their services and better meet the legal needs of the public.”

Sir Michael added: “There is a wealth of information contained in this extensive and robust legal needs survey. The Legal Services Board and the Law Society are making all of this data freely available on our websites. We hope that anyone with an interest in legal services will use it to help inform policy development going forward, and help us all contribute to a legal services market that delivers better outcomes.”