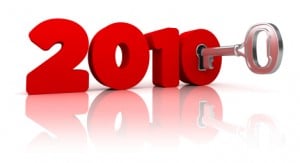 Key to success: there are many factors for law firms to consider this year

For SMEs in all business sectors, 2010 promises change and a degree of uncertainty. There are signs of economic improvement, but the depth of the recession in the UK has engendered a degree of caution among consumers and within the business community that may take time to fade. For solicitors’ practices, there are added challenges, and as many opportunities.

It seems clear that many law firms will end the year in a different shape than they entered it. Many will re-engineer their business in terms of structure, business mix, staffing levels, location or gearing between owners, other fee earners and support staff. Some firms will make acquisitions to widen their geographical coverage or to improve the business mix. Some law firm owners will sell up. A number will reduce the size of their business, restricting it to a smaller patch, a narrower range of services or a niche specialism. Some may cease trading. Few will have the luxury of remaining unchanged.

A lawyer might look at this list and feel negatively about some of these options. That is understandable, but in reality each of these options is perfectly worthy, as long as it is desired and planned. This year will give plenty of stimuli for law firm owners and managers to consider the right strategic direction for their business and decide which tactics during 2010 will secure for them the outcome they seek.

I see three major influences for law firms to understand and plan for in 2010, but only after proprietors have carefully considered the most important issue of all – what do they actually want from being law firm owners? Are they seeking to build value, or simply to make the best living they can? Do they enjoy business management, and if so are they equipped for it? Or would they prefer just to get on with practising the law?

Every business, and therefore every business owner, needs an exit plan. What is theirs, and is there real congruence between the personal goals of the owners and those of the organisation? If the intention is to merge, then with whom and when? Has the right merger partner been identified, and is there a clear plan to ensure that the merger brings optimal value?

Many solicitors tell me that they intend to sell their business, yet have no idea of who will purchase it and at what price, and they often fail to appreciate the limited value of a business that has been built around the personal brand of one or two individuals who will be departing.

The Legal Services Board (LSB) is now up and running, and determined to implement its remit to stimulate greater competition, efficiencies and benefits to consumers of legal services. The LSB has eight regulatory objectives:

Solicitors may have doubts over whether these objectives are likely to be achieved by the policies that are currently being followed, but nonetheless these changes are on the way. The Office for Legal Complaints will be fully functional by the end of 2010, and this year will be the last where ownership by non-solicitors is restricted to 25%.

The LSB has announced that ABS businesses will be permissible from October 2011. This will see new players enter the market and firms therefore need to make sure they are configured to remain viable in the new competitive landscape. And they can be, provided they establish a clear strategy regarding the markets they intend to serve, the structure they need in order to deliver profitability and the right balance of debt and equity so that they can be properly financed. Additionally, they will need to make a real commitment to invest in their people and to build value in the business.

Some firms may already have the focus, management strengths and innovation required, but if they don’t, they’ll need help. Specialist accountants are uniquely well positioned to advise fellow professionals on business issues, understanding as they do the partnership model, the professional ethos and what best practice looks like in terms of optimising professional practice performance. Specialist bankers can provide valuable input too.

The economic climate – the challenges of the upturn

Most economists now agree that an upturn has begun in the UK economy, and the consensus among economists points to growth in UK and other world economies. Lloyds TSB Corporate Markets published The UK Quarterly Economic Bulletin – Second Quarter 2010, the main observations of which included:

Many solicitors have traditionally been dependent upon domestic conveyancing, so what news on the housing market? The March 2010 House Price Index from the Halifax presents a mixed picture. Prices were up 1.1% during the month, but during the first three months of 2010, they were only 0.6% higher than in the final quarter of 2009. This was smaller than the 3.6% rise between the third and fourth quarters of 2009, suggesting a slowdown in the trend rate of house price growth.

However, compared to the trough of April 2009, prices are up 9.1%. There are signs that an increase in the number of properties available for sale is beginning to reduce the imbalance between supply and demand. This should help to contain the upward pressure on house prices.

What about solicitors’ SME clients? The results of the latest Business in Britain Survey were published in December 2009. Conducted by Lloyds TSB Commercial, this bi-annual survey tracks the performance of 1,732 UK companies and their views on prospects for the coming year. The latest report shows British businesses are now more confident than at any point in the past two years, and are hopeful of a revival of fortunes during 2010.

The report reveals a rising confidence in prospects for sales, orders and profits, further signs that the recovery will gather pace in 2010 and that businesses remain cautious about investment and recruitment.

Firms wishing to make the most of economic recovery will need to be careful that they understand the working capital consequences of gearing up again. Many firms do not have the ability internally to forecast cashflow. Banks will wish to support them as they take on more work, but reliable financial forecasting will be a key requirement. Firms without an in-house accountant should seek external help in this respect.

We have just seen some unprecedented events on the political landscape, with the formation of the UK’s first coalition government for 65 years. This Conservative-led government is currently working on its programme and its priorities, and we have yet to see what the impacts will be upon the legal sector.

What were the Conservatives saying in the lead-up to the general election in relation to the legal sector? Are they any more ‘solicitor-friendly’? Here are a few quotes from leading opposition figures:

These quotes were perhaps music to some solicitors’ ears, but Henry Bellingham’s suggestion a few months ago that solicitors’ client accounts should be centralised so that the interest can be used to help fund legal aid was considerably less attractive to the profession.

Now that the coalition is starting to take shape, we have seen Kenneth Clarke appointed as Lord Chancellor and Secretary of State for Justice, with Dominic Grieve and Henry Bellingham appointed elsewhere. However, the commitment to scrap HIPs has featured in the coalition agreement between the two parties.

The extraordinary combination of economic, regulatory, competitive and political forces at play will make 2010 will be a defining year for many law firms, and business owners will need to focus on their longer term strategy, be clear about where they are heading and make sure that their actions are conducive to their desired outcome. Successful firms will be those who plan ahead and are prepared to seek help from their professional advisers.