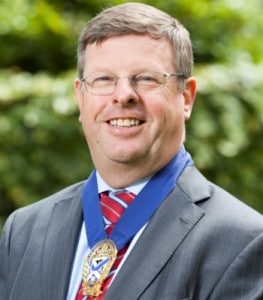 Morris: court does not have discretion

Scotland’s most senior judges have rejected a bid to allow an English barrister to appear before the country’s highest civil court for the first time in nearly 500 years.

They said that the College of Justice Act 1532 – which is the foundation for the present day Court of Session – remains good law in establishing that the court’s inherent power did not extend to granting rights of audience.

Lord President, Lord Gill – who was sitting with Lord Carloway, the Lord Justice Clerk, and Lord Menzies – said that “the rule has, by common understanding over the centuries, been part of the law of Scotland. In my view, it is now an established principle of the Scottish constitution”.

They were ruling over an application to allow Philippa Whipple QC, a tax specialist at One Crown Office Row in London, to represent Taylor Clark Leisure plc in an appeal against a ruling of the Upper Tribunal in Edinburgh over VAT repayments. She has been involved in the case since 2009 and appeared in tribunals with Scottish QC Philip Simpson.

Lord Gill approved a 2011 ruling that extending rights of audience should be a matter for Parliament, not “ad hoc judicial decision”.

Even if the court did have such a power, he added, exercising it would mean granting rights of audience to counsel who were not subject to the duties of those who hold what in Scotland is the public office of advocate, and were not otherwise subject to the jurisdiction of the court.

He continued: “In this case Ms Whipple does not seek admission to the public office of advocate.  She will therefore not be subject to the Legal Services (Scotland) Act 2010… and therefore not subject to the jurisdiction of the Scottish Legal Complaints Commission or of the Dean [of the Faculty of Advocates, which regulates barristers in Scotland].

“In my view it would be inimical to the interests of this court if litigants were free to bring to it counsel of their choice from other jurisdictions.

“Counsel in Ms Whipple’s position have available to them the option of joining the Scottish Bar by the accelerated procedures that the Faculty of Advocates now offers. That seems to me to be a sensible way to satisfy the applicant’s preferences. Among the several English counsel who have joined the Scottish Bar by this method is a senior counsel who specialises in tax law.”

The Law Society of Scotland and Faculty of Advocates were both invited to make submissions to the court.

“However, even if the court considered that it had discretionary powers, we did not believe these should be exercised in this case as it would be highly undesirable for the court to decide on rights of audience issues on an ad hoc, case by case basis.

“The Court of Session judges recognised that permitting the barrister to appear would raise a number of issues, including client protection. Had permission been granted, the client in this case would have been represented by someone who was not subject to the regulatory structures governing solicitors and advocates in Scotland and, in the event of something going wrong, the client would not be able to raise a complaint in Scotland.”

Mr Morris added: “Changing the current rules on rights of audience would involve many, potentially difficult, issues of policy, which would be likely to extend beyond this particular appeal case and which would potentially impact on the general structure of the Scottish legal profession and on how it relates to EU and foreign lawyers.

“If barristers from another UK jurisdiction are to be permitted to appear before Scotland’s higher courts, this should be done through legislative processes to allow the issue to be fully examined.”