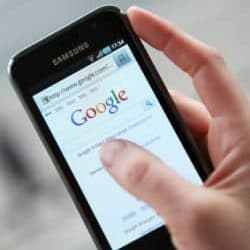 The former head of operations at well-known media law firm Schillings has been banned from working for solicitors after reselling the firm’s used mobile phones and pocketing the proceeds.

As Schillings is an alternative business structure (ABS), the Solicitors Regulation Authority (SRA) was also able to fine Martin Flowers £13,547 – the sum he received.

His case throws into relief, not for the first time, the differing powers the SRA has to deal with law firms and ABSs.

The SRA can only fine ‘traditional’ law firms and their staff up to £2,000. It has to refer them to a disciplinary tribunal if it considers a higher amount is appropriate.

The SRA has long been lobbying to bring the former in line with the latter, but as yet to no avail.

In a notice published yesterday, the SRA said that, as part of his role, Mr Flowers could authorise expenditure on equipment.

Between around 2013 and 2018, he sold the 95 handsets to a phone recycler, and it was only in July 2018 that Schillings was alerted by Vodafone after it identified unusual activity on the account.

A resulting investigation discovered what Mr Flowers had been doing and he resigned last September following an interview with his line manager and the head of human resources at which he admitted his wrongdoing.

In mitigation, Mr Flowers said he apologised and offered to pay back the money in instalments, although Schillings declined the offer. He was also experiencing financial difficulties at the time.

The SRA said disqualification from working for law firms was “a proportionate outcome in the public interest because it will prevent Mr Flowers from undertaking a similar role at another firm and helps maintain trust in the profession as a whole”.

The fine “signifies the seriousness with which the SRA treats the abuse of a position of trust” and “takes away the financial benefit of the misconduct”.

Mr Flowers was also rebuked and ordered to pay costs of £600.

Earlier this year, a law firm that specialised in mis-sold payment protection insurance cases was fined a record £125,000 for an ABS, outstripping the £80,000 handed to Slater & Gordon last year. The highest tribunal fine is £500,000 for US firm Locke Lord.