1,000 barristers join forces to lobby for Act of Parliament before article 50 is triggered 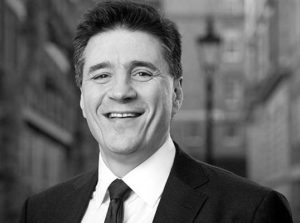 Some 1,053 barristers from across the United Kingdom have signed a letter to Prime Minister David Cameron calling for an Act of Parliament before any decision is made to leave the European Union.

In the letter, which will be delivered this week to Downing Street and all MPs, the barristers also said that any Act should be preceded by a free vote.

It is the latest of several attempts to persuade the government that parliamentary approval is required to trigger the formal exit of the UK from the EU.

The signatories stated that the referendum – the result of which was not legally binding – must be considered alongside other factors, such as “evidence that the referendum result was influenced by misrepresentations of fact and promises that could not be delivered” and the positions of Scotland, Northern Ireland and Gibraltar, since their populations did not vote to leave the EU.

The letter also said MPs should take into account what it is that the UK hopes to achieve from negotiations, which were not the subject of any vote.

The barristers said the government should establish, “as a matter of urgency”, a Royal Commission or an equivalent independent body to receive evidence and report, within a short, fixed timescale, on the benefits, costs and risks of triggering article 50 to the UK as a whole, and to all of its constituent populations. The parliamentary vote should not take place until the commission has reported.”

Aidan O’Neill QC, a constitutional law and EU law specialist at Matrix Chambers, said: “The Brexit referendum has made clear that the UK is not a united nation-state, but a divided state of nations.

“But it has given no mandate or guidance as to what our nations’ future relationship might be with Europe, and with each other. If the UK is to survive the result of this vote, a consensus needs to be built up about the way forward. Fully informed discussions and deliberations within and between our Parliaments is the only proper constitutional way to achieve this.

“Precipitate or unilateral action by the UK government to trigger article 50 will simply further divide us.”

Philip Kolvin QC, a licensing specialist at Cornerstone Barristers who co-ordinated the letter, added: “Parliament is sovereign and the guardian of our democracy. MPs are elected to exercise their best judgment on the basis of objective evidence, to safeguard the interests of the country and their constituents for this and future generations.

“At this time of profound constitutional, political and possibly social and economic crisis, we look to them to fulfil the responsibility placed upon them.”