Alison Crawley, a former SRA director and now a freelance consultant on ABSs, explains how the SRA’s separate business rule could cause a major problem for claims management companies with their eyes on buying a law firm and turning it into an ABS

I spoke at a conference organised by the Claims Standards Council earlier this year in Manchester on applying to become an alternative business structure (ABS). Inevitably the main topic of the conference was the Jackson reforms and the (then) possible threat to referral fees. 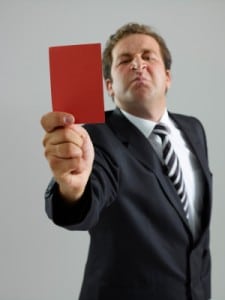 The organisers thought that the impact of the reforms might lead many claims management companies (CMCs) to consider becoming an ABS by acquisition or merger with existing law firms or by developing an in-house legal function.

My theme was they should not become an ABS as a knee-jerk reaction – that would probably lead to failure in the application process. Think through what is the right business model for your business and then see if that requires an ABS solution. What I didn’t think carefully about then was how the SRA Separate Business Rule (which remains as part of the SRA Handbook that will apply to ABS) might limit the business models available to certain kinds of CMC, or indeed insurers with in-house claims management functions. I have now, however.

A number of those at the conference were thinking of starting by acquiring/merging with one or more of their current panel firms, and running it as a separate subsidiary alongside the Ministry of Justice (MoJ) regulated CMC, rather than integrated within the one business. This would leave the claims management operation with the known regulator, the MoJ, and limit the SRA regulation to the “legal/reserved” part of the work.

Such a model works better where the CMC does not see itself wishing, in the short term at least, to deal with all the legal work it generates. The ability to refer claims on to panel firms may still be a requirement or necessity.

It may be that the recent news about referral fees, whatever it means in practice, will lead towards an integrated model, but that may still not make business sense in all circumstances.

And I, among others, had certainly assumed that some of the insurers who have expressed an interest in buying up some of their panel law firms may not want to fully integrate them with other functions. Dual or triple regulation of a single business can be a nightmare. Having a group model and keeping differently regulated services in separate legal entities seems to have worked well for groups such as accountants Smith & Williamson.

This is a difficult rule to get your head around. Even those who think they understand what the effect of it is can be caught out. Others may not have heard of it. Get the wet towel ready.

This rule started life as a rule which prevented solicitors’ firms from being able to hive off any non-reserved legal work into a ‘separate business’ which was not regulated by the Law Society/SRA. Think of a solicitors’ firm referring a conveyancing client who needs a will to a separate, unregulated will-writing company, owned by the firm. The rationale was originally ‘once a solicitor, always a solicitor’. Why would a member of a profession dedicated to acting in the client’s best interest want to refer such a client to an unregulated business? That doesn’t show integrity!

The rule had many critics within the profession calling it a restrictive practice, limiting competition. It has been deregulated over the years and the original justification dropped in favour of a more client/consumer focused rationale. Currently the mischief the rule is aimed at is seen as client confusion, and that can be a real mischief.

The rule now provides the option of providing through a separate business certain services, such as financial services or estate agency, which could be provided through solicitors’ firms as they can be ancillary to legal services. However, what are seen by the SRA, and probably the public, as ‘core’ legal services, cannot be hived off. These core legal services are not the same as reserved legal services and so include, for example, will writing.

Impact of the rule

What does this mean for a CMC thinking of buying one of its panel law firms? It means that the CMC holding company, which does not want to be regulated as an ABS but simply to own one, cannot provide any services that could be the conduct of litigation – typically the preparatory work in investigating the claim to the stage when it is ready to be assessed and taken on by a panel firm. This could mean that the most sensible business model for some is not permitted.

The SRA guidance says that waivers of the rule can be granted but only in exceptional circumstances, which could be interpreted as meaning that you would have to show that no other business model would make sense. The alternative is to have the ABS law firm take in-house all the preparatory investigative work, even though some of the cases may then be referred to other panel firms.

I am not sure how many CMCs, or indeed the Ministry of Justice are aware of this impact. It does seem strange that the Legal Services Board allowed the rule to stay in the Handbook for ABS given that they were keen to see as few restrictions on different business models emerging as possible. I am also not sure whether all of the insurers who are thinking about acquiring a panel firm or two have thought about the possible impact the rule may have on their operations.

Alison Crawley is a former SRA director and now a freelance consultant advising on ABSs. To contact Alison, e-mail Legal Futures on contact@legalfutures.co.uk