Why the rise in contentious probate cases is set to continue 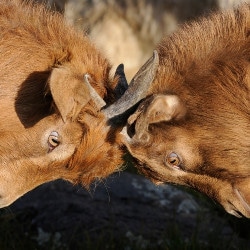 There is no doubt that contentious probate work is growing. We do not like paying more than a couple of hundred pounds for a will, but then are seemingly happy to spend thousands taking our relatives to court, and the two do not sit happily together.

Research from Direct Line Life Insurance last year found that one in four people would challenge bequests in the will of a loved one if they were dissatisfied with the division of the estate, while its analysis of figures from HM Courts and Tribunals Service showed more than 8,000 ‘caveats’ were registered in attempts to block probate in 2017.

Unsurprisingly, this activity has spawned law firm departments and even entire practices specialising in contested probate. It has led to concerns that, with declining personal injury work, non-specialist lawyers are moving into the area, using conditional fee agreements (CFAs) to fund the weakest of cases in the hope of reaching a settlement.

Gill Steel, owner of specialist private client training company LawSkills, traces the rise in contentious probate litigation to the growth of home ownership since the 1970s and the huge accumulation in property wealth that followed.

“It is getting to the stage where people are passing on that wealth. Where there is money, there is a dispute.”

Ms Steel says the wealth takes the form not only of property, but index-linked pensions, while more couples divorce and people live longer, often with “complex families” hoping to share the pot.

Things tend to become “more acrimonious” where relationships are more complex, she adds.

Another reason for the rise of contentious probate is an “expectation” by some family members that they can run up debts which will be paid off by their inheritances. Ms Steel says debts could lead people into litigation where “they felt they could not afford to do anything else”.

These changes in society are coupled with “a lack of professionalism in will writing”.

Many law firms are still charging what they did 20 years ago, with the public given the message that a will costs between £100 and £200.

“You cannot do a good job for someone frail for £200 and turn a profit,” Ms Steel says. “We should focus on the quality of advice and not on the documents that people need to get. People lack confidence in charging the right price.”

The Direct Line survey found there had been an increase of 6% in a single year in people contesting grants of probate.

The most popular grounds for litigation were undue influence, lack of knowledge and approval, and a belief that wills were fraudulent or forged. Undue influence was, however, the least successful ground for contesting a will.

Ms Steel says undue influence can be linked to a second marriage later in life, or the need for elderly people to rely on carers, making them “very vulnerable” to those who simply wanted to get hold of their property.

She says the success of fast-growing online will-writers was unlikely to slow the growth in contested probate litigation.

Farewill claims to write more wills than anyone else, and Ms Steel says it has mechanisms for detecting whether would-be clients are elderly or infirm, or might have more complicated needs, and can direct them elsewhere.

She describes Farewill as a “reputable outfit” compared to the “non-reputable ones” selling wills for £19.99. The real problem is that will writing continues to be an unreserved legal activity and the government shows no desire to change that – back in 2013, Chris Grayling, when Lord Chancellor, rejected a Legal Services Board recommendation to do so.

Ms Steel says she can see no reason why contentious probate will not thrive in the future and predicts that only in 20 years’ time, when much of the existing property wealth had been passed on, will cases decline.

“Eventually, if there is no more money to litigate over, it will diminish. You never know, it could be replaced by litigation over whether robots can look after you granny.”

Roman Kubiak, partner and head of contested wills at Hugh James, says the fact people are living longer makes them “very vulnerable” to dementia and Alzheimers.

“If people leave it too long to think about their will, and by the time they and their relatives do they have a cognitive impairment, a dispute over their will is much more likely.”

Mr Kubiak says the pandemic and lockdown have compounded the problems, and in some recent cases he has handled, people were dying without having the time or opportunity to update or make a will.

Amid the confusion about how wills should be witnessed during lockdown, Mr Kubiak says he was already advising relatives with claims under the Inheritance (Provision for Family and Dependants) Act 1975, where parents had died from the coronavirus.

The fact that families have been “struggling to spend 24 hours with each other” will inevitably have an impact on testamentary wishes and could lead to people “tearing up wills in a fit of anger”, but not necessarily revoking them.

As for the economic slump that is almost certain to follow lockdown, Mr Kubiak says litigation “survives during a recession” – it certainly did during the last one, following the financial crisis.

“I think that for us, things will be quite stable. The amount of work will remain the same, or increase.”

Mr Kubiak is concerned by the way some law firms are using CFAs to fund contentious probate cases, which he believes should be the exception rather than the rule.

“Some firms in the clinical negligence and personal injury space are applying the same models to contentious probate.”

He warns that some solicitors are using CFAs “to push very weak claims to mediation”, which was not in the client’s interest.

He says they should only be used where there is genuinely no other option, and the client fully understands the implications. Interestingly, in May, the High Court allowed a claimant under the 1975 Act to recover part of the CFA success fee as part of the reasonable financial provision.

Mr Kubiak describes more competition in contentious probate services as a “good thing”, but the downside has been the arrival of a lot of bad lawyers.

“A big part of my job is untangling the mess left by bad contentious probate lawyers.”

One positive aspect of the lockdown has been making more people think actively about their making wills, and at his firm there has been a “real spike” in enquiries.

“Too many adults have failed to do this,” Mr Kubiak adds. “A lot of people have passed away, from Covid-19 and other things, without recording their wishes.”