When does a Litigation Funding Agreement become a Damages-Based Agreement? 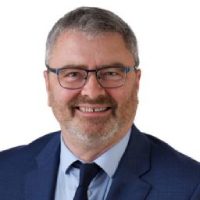 Litigation funding agreements (“LFA”) and damages-based agreements (“DBA”) are both forms of litigation funding. Both are ways to facilitate access to justice and both enable litigants to pursue their claims without having to bear the costs of so doing – at least until judgment is given in their favour. The “litigation risk” is transferred away from the litigant and onto the investor and the legal representatives.

The quid pro quo is that under both types of arrangements the “fruits” of the litigation are applied in giving the funder back its investment and a healthy return and allocating a sizeable proportion of the damages for the solicitors.

So when could a litigation funding agreement potentially morph into a damages-based agreement and, if so, what are the consequences?

In the “Paccar” case the appellants argued that the funder was providing “claims management services” and, as such, it fell within the definition of a damages-based agreement. As a consequence, it was subject to the Damages Based Agreements Regulations 2013. Since the LFA didn’t comply with these regulations it was thus unenforceable and unlawful.

Much to the relief of the funder in particular and the funding community in general, the Court of Appeal came to a different view. The Competition Appeal Tribunal, whose decision was being appealed, stated:

The Court of Appeal, applying the principles of statutory construction essentially came to the same view.

It also made reference to the fact that s58B of the Courts and Legal Services Act 1990 sets out scheme for regulation of LFAs. These provisions have not been brought into force but remain on the statute book and have not been repealed. This clearly points to Parliament making specific and distinct provision for the regulation of non-champertous litigation funding agreements (as opposed to damages -based agreements).

One of the conditions in the above dormant provisions which must be satisfied as to whether or not an agreement is a funding agreement, is that the funder agrees to fund in whole or in part the provision of advocacy or litigation services by someone other than the funder. I’d be very surprised if all LFAs do not contain such provision.

Why is the judgment in the “Paccour” case is so important for funders?

So, in summary, the key to if an LFA is, in substance, a DBAis whether or not the “funder” is providing  “advocacy”, “litigation” or “claims management” services. The first two as regards a funder can ordinarily be discounted, but the third could be a problem – as demonstrated in Meadowside Building Developments v 12-18 Hill Street Management [2019] EWHC 2651 (TCC).

In this case the “funder” was also the provider of services, assisting the liquidator both in the adjudication of a construction claim and its subsequent enforcement. It was also intimated that the funder’s interest in damages may have exceeded fifty percent, thus in breach of the DBA regulations.

If you have any questions or would like to find out about litigation insurance for your clients’ commercial disputes please call Nicholas Ellor on 01483 514815 or email nicholas.ellor@temple-legal.co.uk.