What are the emerging risks for law firms? 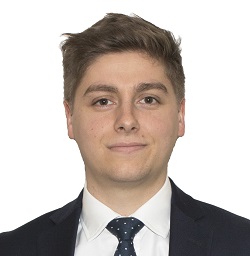 “The legal market is in a remarkable state of flux. In less than two decades, the way in which lawyers work will change radically,” writes Richard Susskind in Tomorrow’s Lawyers. These changes will pose new risks for law firms. Those that fail to manage them could struggle, but for nimble and forward-thinking firms, they present opportunities.

Could agile working be bad for your company?

More firms are embracing agile working to attract and retain younger lawyers who are demanding a shift away from the profession’s traditional high-pressure, long-hours culture to a better work-life balance. Losing the talent war is seen as the biggest risk for law firms over the next five years, according to a survey we commissioned in 2017.

Of the law firms surveyed by CBRE, 30% already have an agile working policy, while a further 40% are looking to implement one over the next 12 months. But it’s important they consider the potential risks with flexible working.

“Agile working empowers people and enables them to be judged by their results rather than by the number of hours they spend in the office. But it does present issues,” says Paul Smith, senior risk management consultant at Travelers Europe.

Agile working involves more than simply letting employees work from home. It requires firms to rethink how they operate to ensure remote-working staff are properly managed and that all team members are up to speed.

Firms also need to take extra steps to make sure information remains secure as more of their lawyers take case files home or access the firm’s computer systems remotely. “Solicitors need to remember their duty of confidence to clients, as losing sensitive information could result in a claim that could tarnish the firm’s reputation,” says Mr Smith.

Miller recently launched agile working across its London head office. “Agile working for us is not just about working from home,” says Susan Downey, Miller’s head of human resources. “It also means flexible working arrangements, options to purchase additional leave and the ability to work in other locations.”

Implementing the right technology, providing clear guidelines and avoiding a ‘one size fits all’ approach were key to rolling out Miller’s programme successfully, she adds.

How will the robot revolution impact law firms?

Technology is set to transform the legal sector – for the better, according to lawyers who attended a Miller workshop on emerging risks held in London in February 2018.

Computers are expected to help lawyers work quicker and more accurately. By using machines to do many of the profession’s mundane tasks, the Law Society predicts the legal sector’s productivity could double by 2025.

The increasing use of computers could cut the large number of negligence claims caused by simple errors: a missed deadline, a forgotten property search or clause omitted from a contract. Only around one in every seven professional indemnity claims are the result of faulty legal advice, says Travelers’ Paul Smith.

“If increasing computerisation helps improve law firms’ processes, then that would reduce the number of claims, which, in turn, would help bring down premiums,” says Mr Synnott.

But what if the intelligent machines on which the legal profession – perhaps even the legal system – could come to rely were found to be fallible? There have already been reports that a legal software program, used extensively by the US courts, is racially biased against black people.

“The problem is that as computers become more sophisticated, they also become more opaque,” says Paddy Synnott. “If the data they depend on to ‘learn’ is incorrect or biased, then they will only reflect or ingrain human errors or prejudices. But it’s difficult to find out what went wrong from a piece of computer code.”

Technology makes a good servant but a bad master. That could become an increasing problem if, as the Law Society predicts, computers take over many of the roles currently performed by people. It forecasts that 78,000 jobs in the legal sector could be lost over the next 20 years through automation.

“There could be an issue if whole processes are effectively delegated to machines,” says Mr Smith. “Machines, no matter how intelligent, need to be supervised by humans. Otherwise, as we’ve recently seen with autonomous cars, there could be terrible outcomes.”

Will firms be strangled by red tape?

The amount of box ticking and form filling law firms need to do has long been a bugbear and further changes to regulation (including the Solicitors Regulation Authority’s minimum terms and conditions for professional indemnity insurance) are among their biggest fears for the future, according to our survey.

“The general feeling among lawyers at our workshop in February was that there was too much for small firms to deal with,” says Mr Synnott.

But, although it’s a tightrope, new regulations can be the catalyst to make firms rethink what they do and how they work – often for the better.

The General Data Protection Regulation (GDPR), imposing tougher new data-privacy responsibilities, is for some an extra burden that hard-pressed law firms could do without. But, suggests Mr Smith, it could also be an opportunity to streamline how they operate.

“One solution to reduce your data-security exposure under GDPR might be to simply hold less data. It might make firms realise they collect a lot of information that they really don’t need and that they could be far more efficient if they just get rid of it.”

Innovation offers a way for law firms to prevent being stifled by increasing regulation in future. The SRA has shown its willingness to work with legal service providers, waiving rules if that enables them to deliver new products or services in a way that suits them and their clients.

In 2017, it granted 60% of waiver applications it received. Furthermore, in April, it published a document outlining how it will grant waivers, and operate its ‘innovation space’, to encourage innovation and competition.

But traditional law firms have been less likely than ABSs to come up with new ideas, according to research by the SRA. Increasing competition could encourage lawyers to innovate more.

Facing growing competition in a crowded market might make some firms feel the urge to merge.

“The legal sector might be regarded as ripe for consolidation. There are over 10,000 law firms in the UK. Are all those firms offering something unique or different?” asks Paul Smith.

After a wave of deals following the financial crisis, M&A seems to be off the agenda, at least for now. Nearly three-quarters of firms (72%) that took part in Smith & Williamson’s 2017 legal survey said they did not expect to be involved in a deal over the next 12 months.

They were confident about their immediate future – although perhaps that’s because increased competition has yet to bite into their income.

But, with the legal sector facing an increasingly uncertain future – economic turmoil, falling fee income and shrinking business are among the biggest risks cited by the law firms we surveyed – M&A could come back on the radar.

Firms considering M&A should think first about why they want to do a deal. Mr Smith concludes: “There are good reasons, like acquiring expertise or because the two firms fit well together.

“But sometimes a deal might treat the symptoms from which a firm is suffering rather than the root cause, in which case the partners should look closer to home for answers as to why their firm is in difficulties. Two weak firms don’t combine to make one strong one.”