Speeding up the property buying process 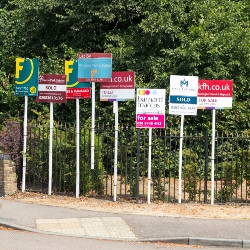 Speeding up the process of property buying and selling has taken on new urgency following the conveyancing market meltdown due to Covid-19.

At least one consortium of conveyancers and estate agents has sought to introduce a memorandum of understanding to bring forward the point at which property professionals are paid in an attempt to redress the dire cash flow problems that many businesses are believed to be suffering.

In any case, moves were afoot – and the government was apparently receptive to the plans – to cut the time between a property entering the market and exchange of contracts, before the virus came to the UK. The hope is that a process presently averaging upwards of 14 weeks in England and Wales can be brought down to six to eight weeks.

Both reservation agreements, designed to lock in buyer and seller financially to a transaction early on, and the Buying and Selling Property Information (BASPI) initiative – a move to present the buyer with a dossier of information at an early stage in the process – were about to be piloted when the country was locked down in an effort to suppress the virus.

The widespread digitisation of official information about properties that in the past was held only in paper form has made standardisation of data possible.

This is not the first time that a concerted effort to present information on properties at the beginning of the process has been attempted.

Beginning in 2007, home information packs (HIPs) became a mandatory part of residential home buying and selling, but were quickly scrapped by the incoming Conservative government in 2010 on the grounds they were a costly, bureaucratic imposition.

Only the energy performance certificate (EPC) element of the pack was retained. Importantly, since the HIPs were abandoned, the widespread practice of using insurance obtained on the open market to cover gaps in the information provided has been replaced by a more closely regulated regime.

The BASPI, developed by the upfront information working group of the Home Buying and Selling Group – a stakeholder body of around 120 organisations advising the government – hopes that by becoming a ‘single source of truth’ it will significantly reduce the length of time between accepting an offer and exchange of contracts.

Working group chair Beth Rudolf, director of delivery at the Conveyancing Association, said similar initiatives had been brought in in Scotland and Northern Ireland, both of which had reduced lengthy processes to around eight weeks.

“I think everyone knows and recognises that upfront information and instructing a conveyancer at the point of listing is the way to speed up the process.”

The idea is that a detailed property information pack can be presented to the buyer as soon as an expression of interest is made. “If you can surface all of that information at the point of listing you immediately remove… conflicts and provide one source of truth about the property,” said Ms Rudolph.

Information will be made freely available in an industry-standardised format. While original plans for a large pilot of the scheme will have to be scaled back, assuming the property market comes back to life after lockdown, a “small version” of the pilot can be trialled, she added.

Unlike with HIPs, where the quality of information was often not trusted by mortgage lenders, now official information could fairly easily be gathered in one place.

“It’s all data originating from the local authority, the Environment Agency, the Land Registry, the British Coal Authority and so on. So long as you know where it comes from, you can import it and rely upon it.”

Rob Hailstone, the founder of the Bold Group, which represents more than 600 conveyancing firms and has estate agents among its members, has been a member of the BASPI working party. He said the initiative would help bring exchange of contracts forward by tapping into official information that was “a lot quicker and probably a lot cheaper than… back in HIP days”.

He said he personally thought the BASPI was a better way of speeding the process than reservation agreements, although both he and Ms Rudolph accepted that some sort of small investment on the part of seller and buyer to underwrite a future agreement was not unreasonable.

Ms Rudolph observed that nobody would put their car on the market without it ensuring it had an MOT and maybe new tyres if necessary.

However, Mr Hailstone said he would reserve judgement until both schemes were piloted.

In the meantime, the Bold Group was moving forward with an initiative, currently dubbed the Bold Move Concept, asking professionals involved in a transaction to sign up to memorandum of understanding that he hoped would improve cash flow problems resulting from the coronavirus.

At the heart of his initiative is for conveyancers to begin working for the property seller immediately their transaction has been placed on the market – which he described as normally a “legally dead time” – to produce a seller’s pack.

This would mean he or she “will spend much less time requesting and obtaining the information and documentation needed to proceed to exchange of contracts during the actual conveyancing process”.

It should lead to much earlier certainty and reduce the risk of a transaction aborting.

Under the memorandum, an estate agent would undertake, for instance, to encourage the seller to provide details on the title and any service charge or rent. They would be asked to provide any guarantees of safety certificates, the EPC, and advise of any breaks in the chain.

The seller’s lawyer would, if possible, carry out all the relevant identification and anti-money laundering checks on the seller, obtain relevant title documents, help the seller complete the property information questionnaire and fixture, fittings and contents forms, draft a contract with some details blank, and be poised to make contact with the buyer’s lawyer as soon as appropriate.

Mr Hailstone said he hoped this agreement would lead to more satisfied customers and a better cash flow at a time when many of his members had been starved of cash in the past two or three months.

He estimated that, if this work were done promptly, it could save between four and eight weeks on transaction times. If this is borne out, he will encourage development of a software solution so everyone could view the status of the transaction and make it a “more rounded product”.

These initiatives show that the coronavirus has helped to concentrate minds on speeding up a frustratingly slow property transaction process that was arguably in nobody’s interest.

The need for an accelerated process has been widely acknowledged in the industry for years. The status quo only benefitted the few buyers or sellers that sought to exploit delay for personal gain and did nothing to enhance the reputations of property professionals with the public, which regularly cited the home-buying and selling process as one of the most stressful periods of their lives.

If the property market revives as expected in the next few months, a future generation of buyers and sellers will doubtless sense the new urgency built into the process and respond positively.